One of the interesting aspects of being an expat is viewing life, particularly our home country, from a position of distance.  We are looking from an outside perspective rather than an insider’s view in certain ways.  The growing distance between Americans is sort of mind boggling when observed from a distance.  When did we become so uncivil in our dialogue?  Why are we so unwilling to listen to an opinion different than our own?  When did compromise become such a dirty word?  Someone asked us the other day why Americans are so angry.  Maybe it is being a moderate independent without political affiliation that leaves me perplexed?  No matter who is President I want them to succeed (because if they fail we all fail) while feeling completely within my right to disagree on differing points with them.  I am not much of a protestor (too much of my dad in me) in terms of marches but I do believe in protesting in terms of where I spend my money or how I vote and in the rights of others to protest however they may like.  This is democracy and it is essentially what makes us great!  I wonder if a willingness to listen to why other people are protesting is the path to understanding?  I don’t follow the NFL.  My personal opinion is they are overpaid (while those who teach our children are so incredibly underpaid) so I don’t spend my money there.  I don’t fully understand what is going on with the current debate but as I’ve watched the yelling on Facebook I keep asking myself why are they protesting?  Maybe there’s more to it than them simply being overpaid, spoiled pro athletes?  It seems to me that asking questions and being open to an opinion other than my own is a good place to begin.

I remember when we first started practicing yoga many years ago, being challenged by a fellow Christian that we were doing something wrong.  I gently tried to explain that I come to my mat with my faith, no one can take this away from me.  Likewise, being willing to listen to a perspective other than my own doesn’t threaten or take away my opinion.  Lawson and I have drastically different perspectives on lots of things but our willingness to listen to the other has made each of us better human beings, more well rounded – at least that’s my hope.  I have always asked lots of questions.  I used to drive my mom crazy.  I would come home from church and throw question after question at my parents.  This started early and I have never stopped asking questions.  Questions have helped me grow.  I am not the person I was at 25, neither is Lawson.  I see this as positive growth not abandonment of core principles as those have stayed with me no matter how many questions I ask.  It is uncomfortable to grow but that growth led us on this adventure and I am grateful.  Our friend Lexie, posted the graphic below on Facebook earlier today and I think it aptly represents both this expat experience and life as we know it in general.  I want to grow, even if it brings discomfort and I have to reevaluate ideas or opinions.  We are loving (and at points frustrated by) living in a country so much like our own and yet so very different.  How open are we to learning and expanding in a different culture?  I hope a lot!  I am an American.  I bring that to Australia, no one can take that from me.  I am finding though that there are parts of Australia that I am integrating into who I am.  Australia is changing  and growing us!  We welcome that!

Eve is on a two week mid-term school break so we made our way first thing to visit Sophie on her university campus – University of Queensland or UQ.  Lawson and I visited once when we first arrived but this was Eve’s first visit.  It was so fun to see Sophie in her realm and to have her show her little sis around.  On our first visit back in June, it was all new but now it is hers!  She gave us a tour and introduced us to Bubble Tea!  Before we left the campus we heard a lot of yelling coming from near the green space.  As we approached we realized it was a rally for and protest of a hotly debated issue going on currently here in Australia.  Eve and I couldn’t handle the yelling so we didn’t stay long but the one thing that stuck with me was something one of the students said “You don’t have to vote yes for this”.  While history will determine whether how their vote is viewed, the student was right in saying “you have a choice in how you vote”.  That is democracy!  Here’s a few pics from that day! 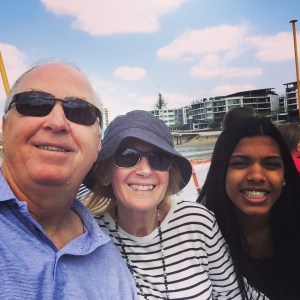 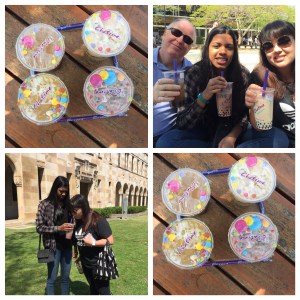 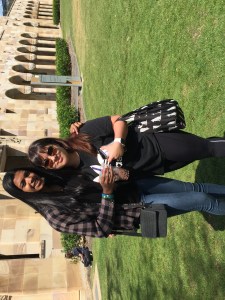 Speaking of growth, last week also brought the news of Lawson’s acceptance into the Ayurvedic studies program at the Australasian Institute of Ayurvedic Studies beginning in February 2018!  It is a 3 year degree program but he can begin Ayurvedic lifestyle consulting after 18 months!  Ayurveda has, along with yoga, been our chosen way to heal and stay healthy so we are super thrilled for this opportunity for Lawson!  With the happiness though comes all the fears and doubts around mid-life transitions!  Growth is not comfortable!  Yet another opportunity to grow and expand and hopefully make a difference in the lives of others as we add Ayurvedic consulting to our list of services.

The girls and I had a fun girls night out at a Hand lettering for fun workshop at a cool shop just around the corner from us called The Paper Empire.  It was tons of fun as Rosalie Hart of Rosalie Hart designs (go check out her Instagram and be inspired) guided us.  It was interesting to observe, however, how free the girls felt in expressing themselves while I felt very self-conscious and tight in my own artistic expression.  There are so many areas of life to grow in!  It’s not all about asking questions…sometimes it’s about learning to let go and be free! 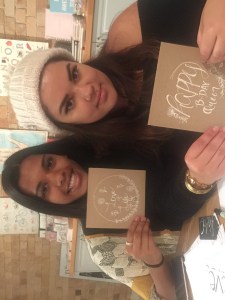 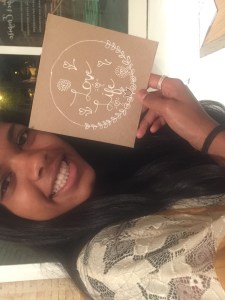 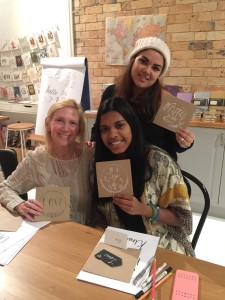 Our ultimate goal on this expat journey is to first become permanent residents and then to hold dual citizenship.  It is a long process and one in which we will be learning so much!  We are just beginning!  We cannot approach life in Australia by comparing it to life in the US.  It is unique and we must ask ourselves what we can learn from Australia and integrate that into who we are as Americans.  All in all I would like to think this is making us better Americans and hopefully excellent residents of Australia as well!  As always, thanks for joining us on this adventure!