Life is full of surprises.  One of the biggest surprises of my life came in the person of my groom Lawson!  He was not what I was expecting.  It is safe to say that upon initially meeting we were completely uninterested in the other.  I was shy, conservative, serious, had applied to grad school to return to work on my PhD and had sworn off men.  Lawson was an entrepreneur, a Deadhead who drove a fast car, was protesting the Gulf War through his paintings and I assumed came to church to cruise for chicks.  Not really a match made in heaven right?.  Then, one day we actually had a conversation and I thought hey this guy is smart and since I could never be interested in him we could be friends!  So we became friends, such good friends, in fact,  that he could call me up after asking a multitude of other girls to go to a concert or ballgame and I was happy to fill in if they weren’t available!  I always paid my own way.  We were not dating!  Then, one day, we were scheduled to go for a hike but rain derailed those plans so instead Lawson came over to my apartment and spent four hours telling me the story of Les Misérables.  While the story is compelling in and of itself, it was Lawson’s retelling and how he described the two characters Jean Val Jean (a man who had made mistakes but was full of love and grace) and Javert (a man who had followed the letter of the law and done all the right things but had a hardened heart) that really got to me.  It was during those four hours that I realized he was the one for me.  What?  This was not supposed to happen!  What happened that afternoon was my realization that Lawson was a Jean Val Jean and that was exactly what I was looking for in a partner!  I knew too many Javerts and I was absolutely certain I did not want that, that my soul would wither under that!  So, within a few weeks we were engaged surprising everyone we knew.  Many thought we were being rash while what we were actually doing was listening to our intuition!  When we got past all the external things that tripped us up at first, we found in the other the perfect complement!  We should never judge based on externals because of what we might miss out on!  We got engaged in May and we married on October 1, 1991 in the Church of England in Nassau Bahamas!  Twenty six years later here we are still surprised by this amazing gift that we have been granted!

This is our first anniversary in Australia.  Even though we have been talking about having this adventure in Australia for years, it was still a surprise to wake up here this morning.  We had scheduled to go on a whale swim this morning but for the second time (the first being on Lawson’s birthday in September) it was canceled and had to be rescheduled for later this week due to weather issues.  We decided instead to just relax and head over to Paddington, one of our favorite areas in Brisbane.  We walked and shopped and popped in the Kettle and Tin for a little lunch!  We haven’t talked shopping much in our blog but today’s outing was full of must visits in case you find yourself in Brisbane!  Our finds from Brown’s General Store and Hummingbird the shop are pictured below!  Happy Anniversary to us (especially me…the cookbook is Lawson’s)!

Life is full of surprises.  Marriage is full of surprises.  And adventures.  I am so glad we chose each other twenty six years ago today!  I am so thankful we keep choosing each other every day!  I never take that for granted!  Twenty six years sounds like a really long time but the thing is, Lawson keeps growing and changing and stretching way past where is comfortable (and he nudges me to do the same) so it’s impossible not to keep falling in love with this interesting soul! 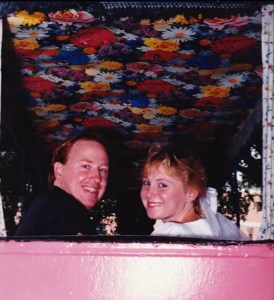 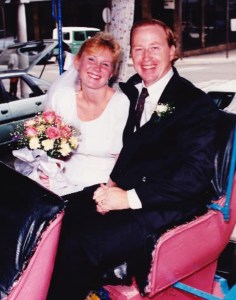 I am now a little less shy and conservative and he is a little less wild and crazy but he still turns my world upside down every single day!

Thanks for grabbing my hand (and not letting go) and jumping into this Aussie adventure together Lawson!  And thank you friends for sharing in it with us!

← Expat Growth
What do you plan to do with your one wild and precious life? →