Happy Mum’s Day to all!  This is our first Mum’s Day in Australia and it didn’t disappoint!  I am especially thankful that we were all able to spend the day together!  Our 16 year old Dalai dog was diagnosed with malignant melanoma a few weeks ago so every day with her is special….we never know how many special holidays we have so we celebrate them all!  The dogs gave me a special gift this year from The Dog Mum!  Aren’t these shirts awesome?!  I love them! 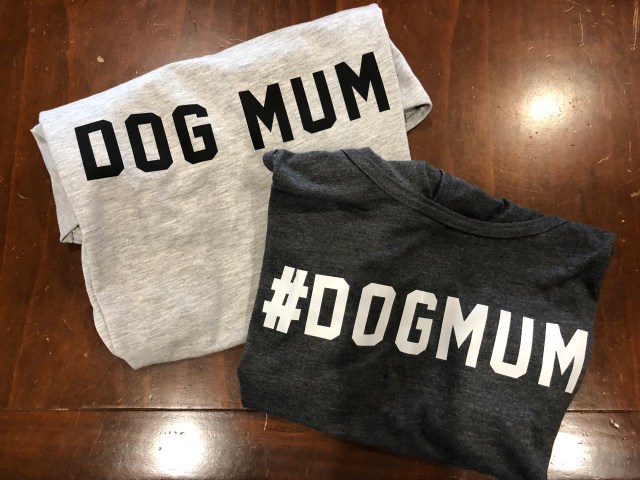 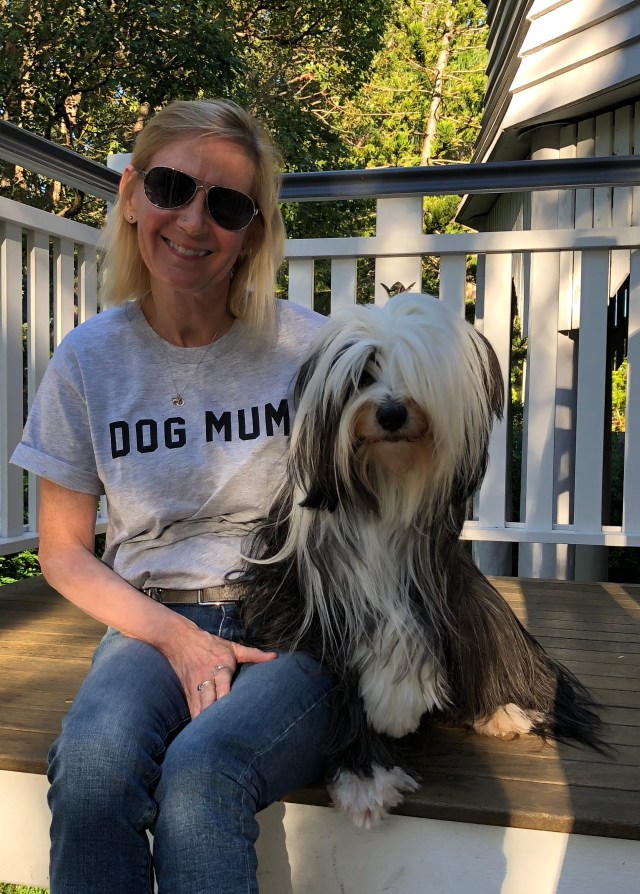 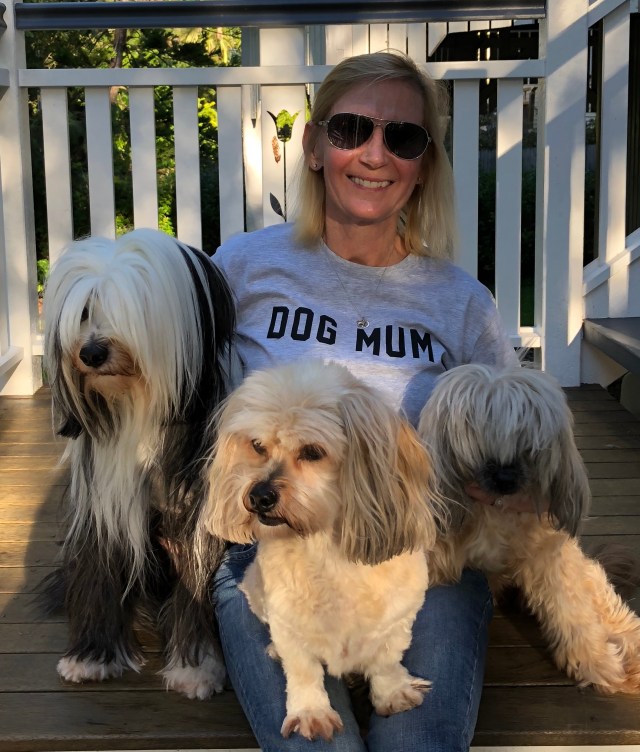 The weekend actually started with attending our first event at the Brisbane Powerhouse.  It was called A Quiet Faith by award-winning documentary theatre maker David Williams.  It was an interesting window into and an immersive experience into Australia and faith.  The immersive nature of it had us talking and processing long after we left the theatre.  I wanted to attend because of the title – A Quite Faith – and how it made me think of my dad whom I admired so very much.  He had such a profound impact on so many people but in a very quiet way.  As I have grown older, I have grown quieter and more contemplative in my own journey not because my faith is less but because it has hopefully deepened.  I am less interested in spending time with people who are always talking about what they believe and spending more with people who inspire me in how they live their lives!  It’s funny because the other day Lawson and I were at a cafe having a conversation and we were seated right next to a gentleman for probably 30 minutes when he leaned over and asked if we were Canadian or American.  We, of course, answered American and he said “I thought so at first but you aren’t as loud as most Americans”!  No, we weren’t insulted because we kinda knew what he was getting at.  Part of being an expat is getting to view your home country from a distance and well, there’s a lot of yelling going on in America right now when you view it from a distance.   I wonder what would happen if we got a little quieter and listened a little more? 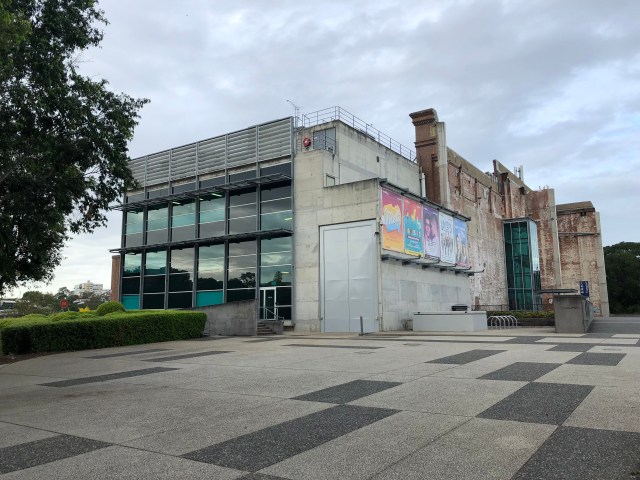 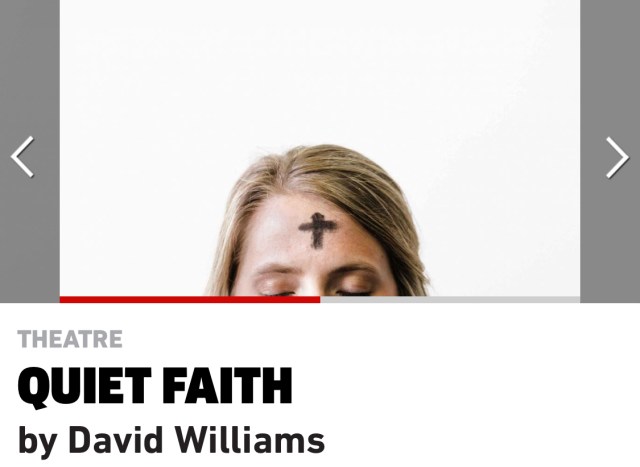 Saturday night brought an extra special event to Brisbane – Chat 10 Looks 3 Live!  Lawson discovered the Chat 10 podcast about two years ago when we first began thinking that this Aussie adventure might actually happen.  Knowing we needed to be able to understand the Aussie accent meant listening to lots of Australian podcasts, radio and watching lots of Australian tv shows!  Chat 10 with Leigh Sales and Annabel Crabb was by far our favorite podcast!  They discuss what they are reading, watching, cooking and listening to on their podcast.  Both Crabb  and Sales are journalists with ABC News here in Australia.  Part of the live show last night featured Leigh’s recent interview with former FBI Director James Comey and Hillary Clinton and a funny story by Annabel on accidentally drinking Hillary Clinton’s water while MCing an event earlier in the week where former Secretary of State Clinton was the guest speaker.  It was so strange to be in the audience listening to people talk about American politicians and not be in America.  It was nice to hear from their perspective what it was like to interact with these two leaders.  There was a neutrality that we have lost in the US.  Lawson and I are like so many Americans – disgusted by the lot of our pollie”s (Australian for politicians….just learned that one recently) – we had to fight our own propensity for an eye roll when Clinton or Comey was mentioned.  We actually learned quite a bit more about them last night than we have by watching news coverage from back home.  Of course, this was not the best part of the evening but certainly a part two American expats in the audience were extra interested in.   When we got to Australia last year we joined the local Chat 10 book club here in Brisbane.  It is filled with interesting people and we have read some Australian authors we would never have been exposed to in the US!  So much coolness from one podcast! 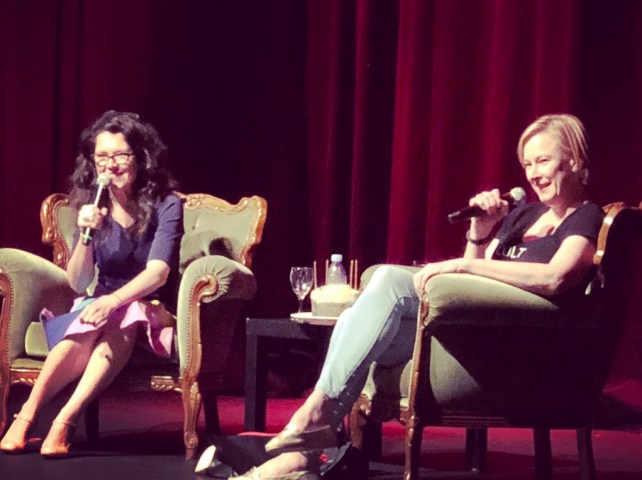 A couple of treats we picked up at the podcast last night!  We would have stayed to have our book autographed but…. 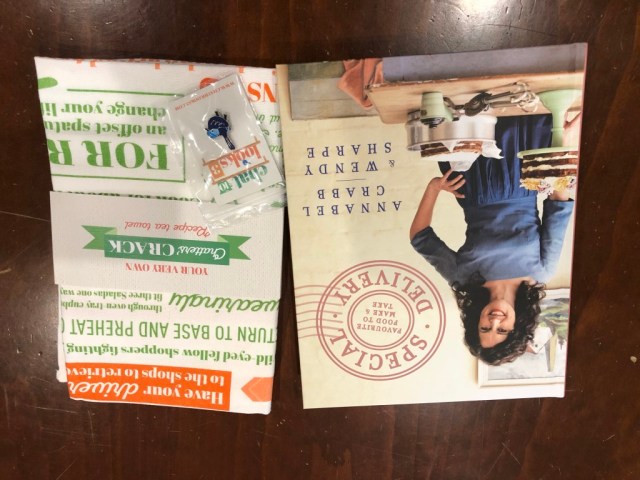 Mum’s Day began bright and early with a club volleyball game for our daughter Eve and her team the Brisbane Bears! 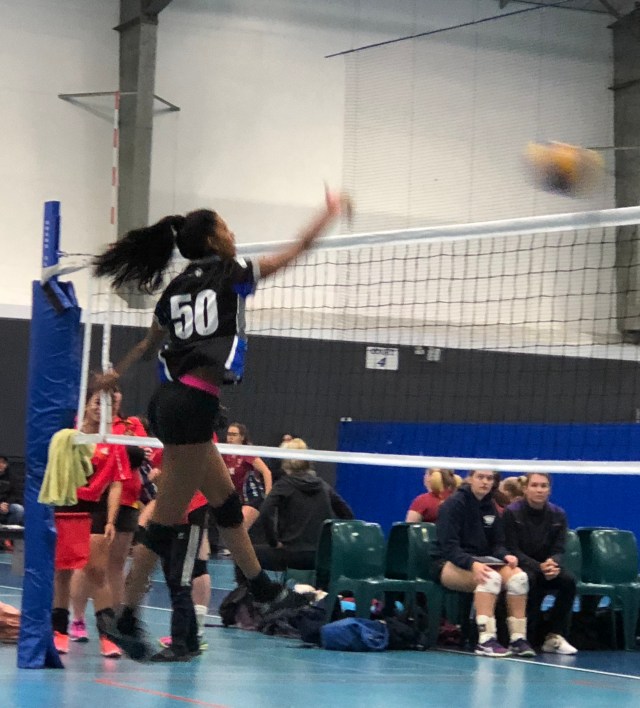 From there, we headed to a showing of Mamma Mia that was also a sing along….such fun!  They had all the lyrics displayed at the bottom of the screen so we didn’t miss a word to any of the songs!  Even though we have seen the movie multiple times and the play as well, there is something about being given permission to belt it out  in a theatre that makes it all the more fun! 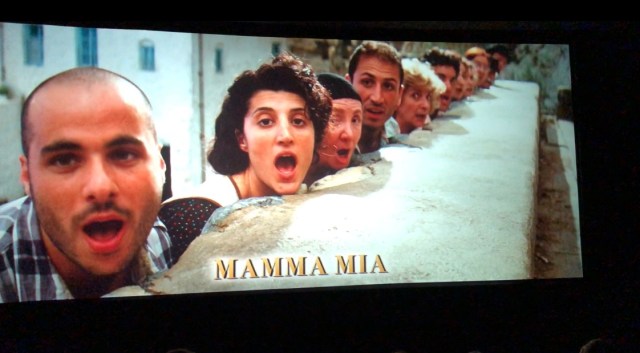 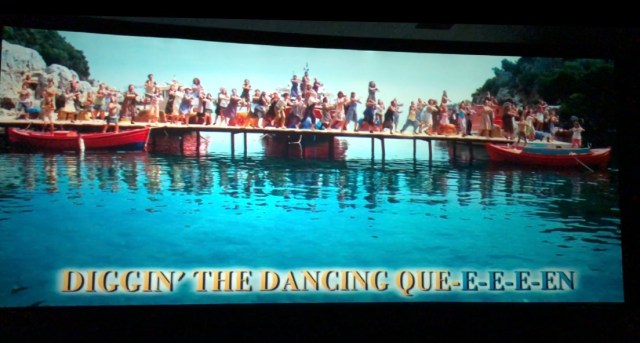 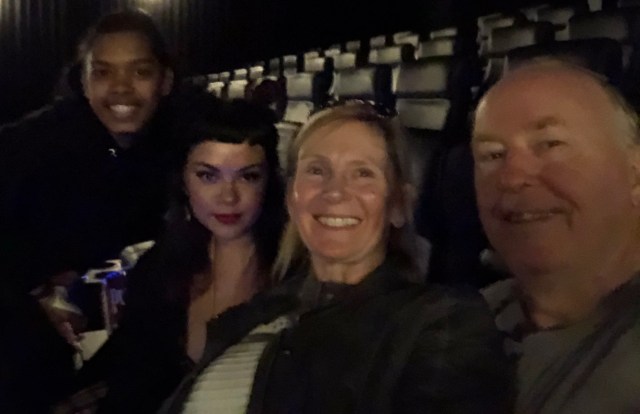 We headed home to feast on Lawson’s black bean burgers – one of my favorite dishes and my sweet family showered me with lots of Mum love!  I only wish my mum and Lawson’s mum were here with us to celebrate! 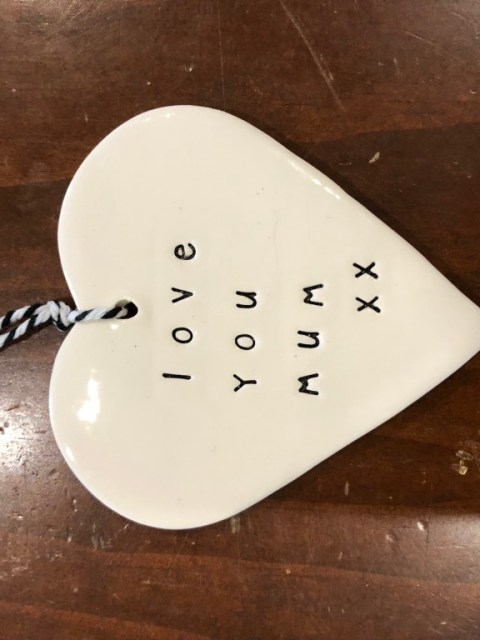 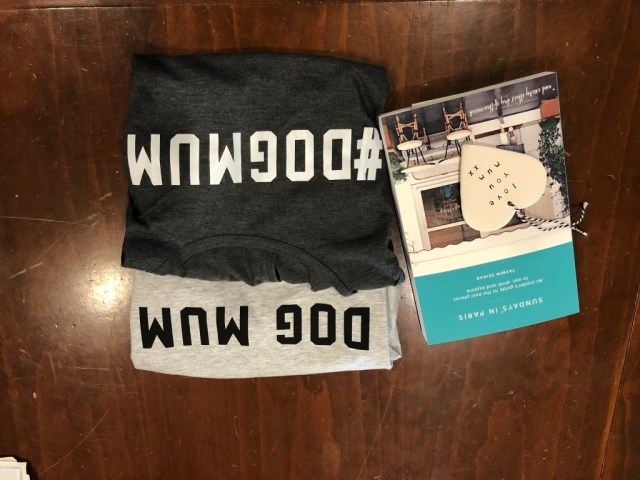 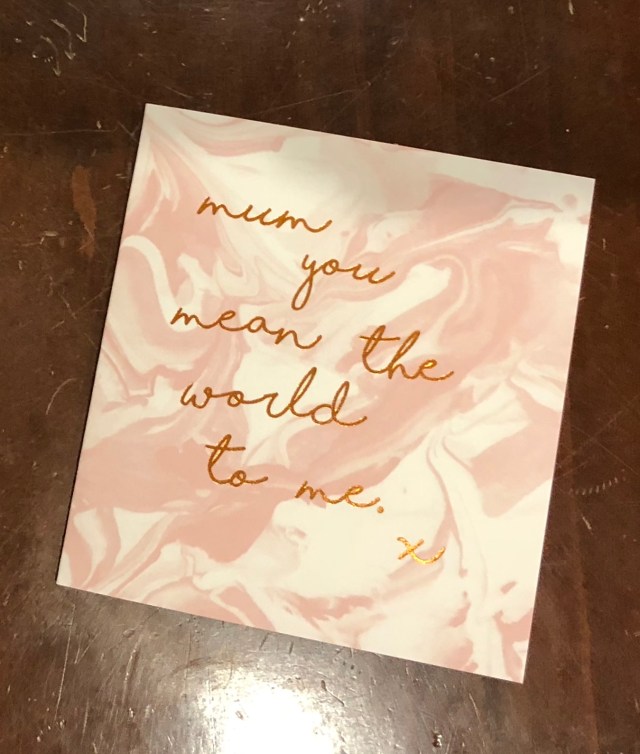 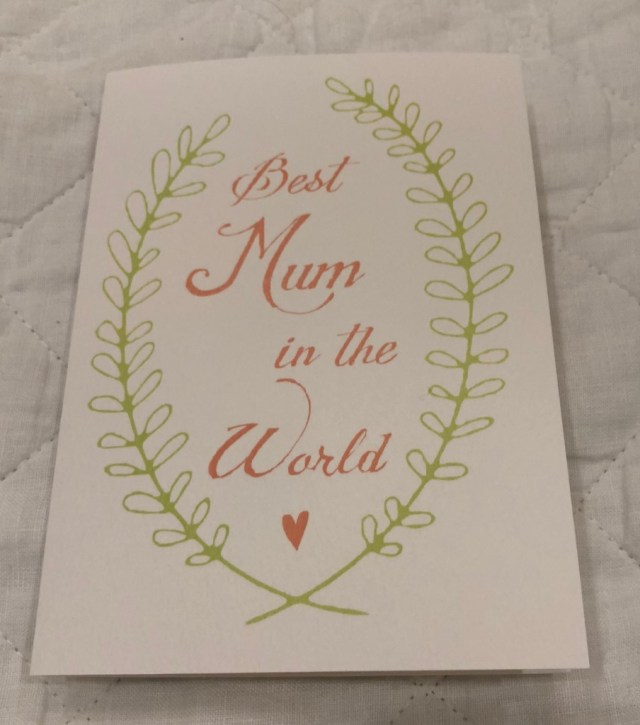 We hope you all had a wonderful weekend as well!  As always, thanks for sharing this adventure with us!

← Straddie for the day
It’s been a while →