Today, our beautiful 16 year old Tibetan Terrier Dalia had a stroke and joined her brother Deano in heaven.  Our 16 year old daughter Eve was home with the dogs while Lawson and I had run to the farmers market when Dalai had her stroke.  Eve did an amazing job of maintaining her composure while caring for Dalai as best she could while we rushed home.  We then rushed to the nearest emergency vet but there was no hope for recovery.  They gave us time to say goodbye, to be with her till the very end.  We were sobbing.  The vet was crying.  We are numb and already miss her so much!  I can’t even believe I am writing this.  Just this morning she barked at me to get up and get out of bed.  She walked down two flights of steps this morning.  She ate her food with gusto this morning.  She was running around the house life crazy just a day or so ago.  Life can change in an instant.

We were so fortunate to find Dalai in 2002.  She (and her brother Deano) came into our life while we were waiting to bring our daughter Eve home from India.  India had shut down adoptions (even for those of us who had met all the qualifications and who had our baby waiting for us) for a period of time.  We were a mess because we had no idea how long we would have to wait and we desperately needed babies to love on…..enter little puppies Dalai and Deano!  Deano and Dalai were such wonderful diversions.  All of the cute baby Dalai pictures are in storage in the United States because photos weren’t digital back then.  Here are a few photos we do have digital copies of the two of them together! 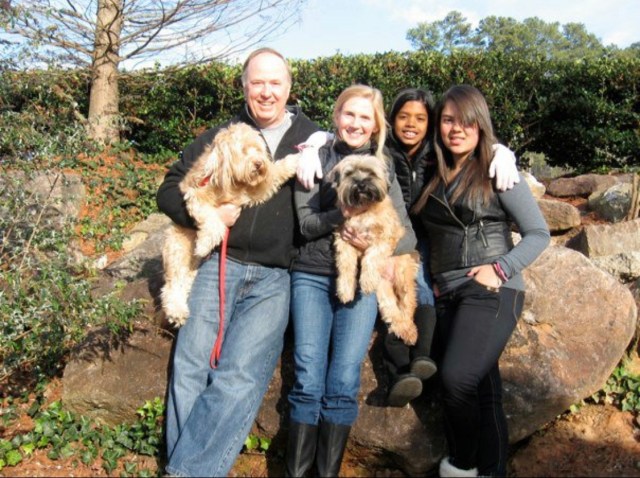 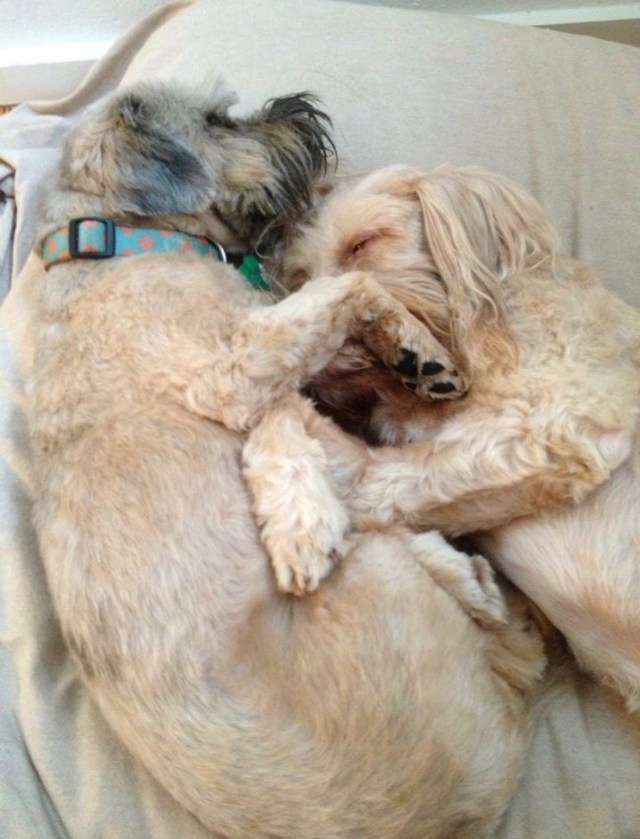 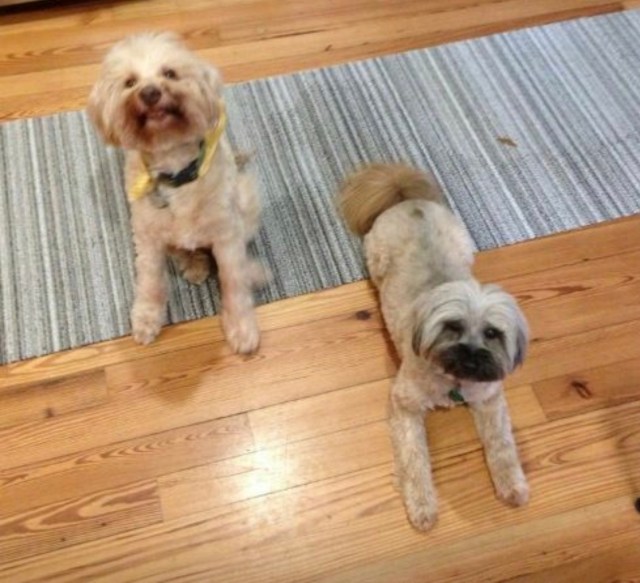 From the very beginning, Dalai was headstrong and opinionated!  She has always been the alpha dog in our family!  She ran the show when it was just her and Deano and then later when we inherited Dani and brought little puppy Felix home!  Dalai was always great about expressing her opinions to us.  We always knew when it was 8 am and 5 pm because Dalai would remind us it was time for her to eat.  During her time in quarantine entering Australia from the USA, she lost her voice because she barked so much trying to let those at the quarantine center know how unhappy she was with the circumstances!  Dalai was such a great teacher to us.  Some found Dalai aloof but we learned to meet her where she was.  Deano and Felix, our boy Tibetan Terriers, were/are huge love bugs but Dalai was the kind of girl who wants to be in the room with you but doesn’t need to be touching you all the time.   In fact, she needed space.  When she did come give you love, it felt so special!  She was really a daddy’s girl but she loved the rest of us too! 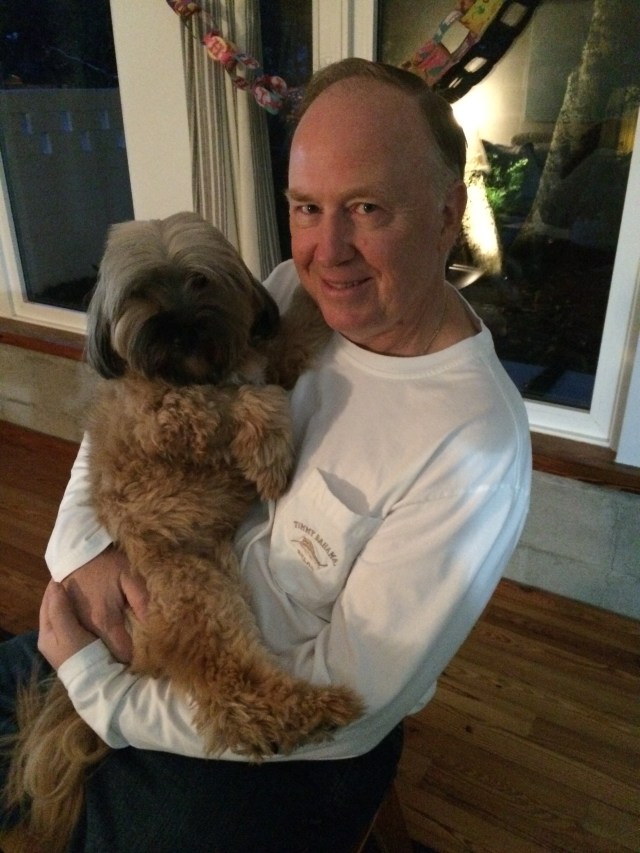 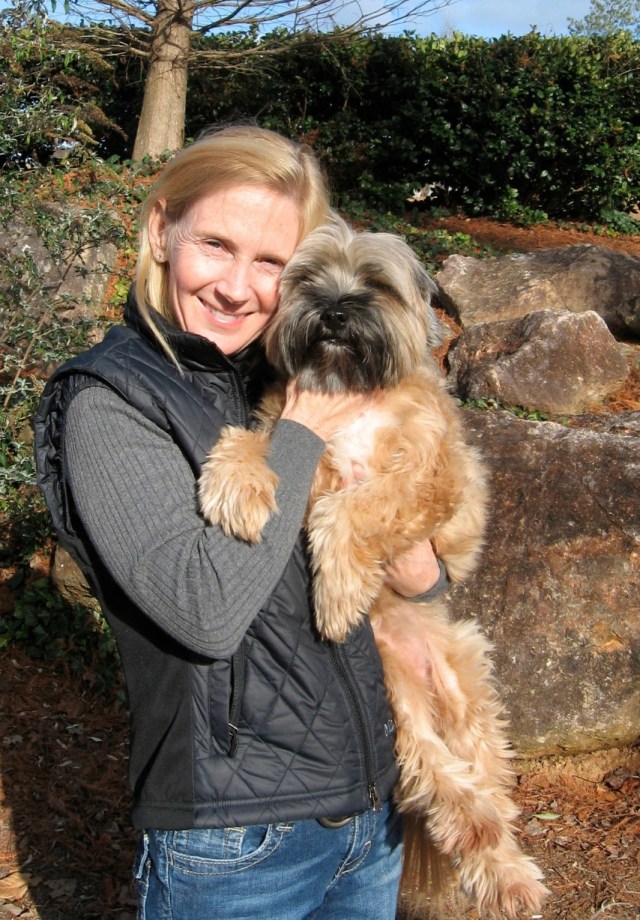 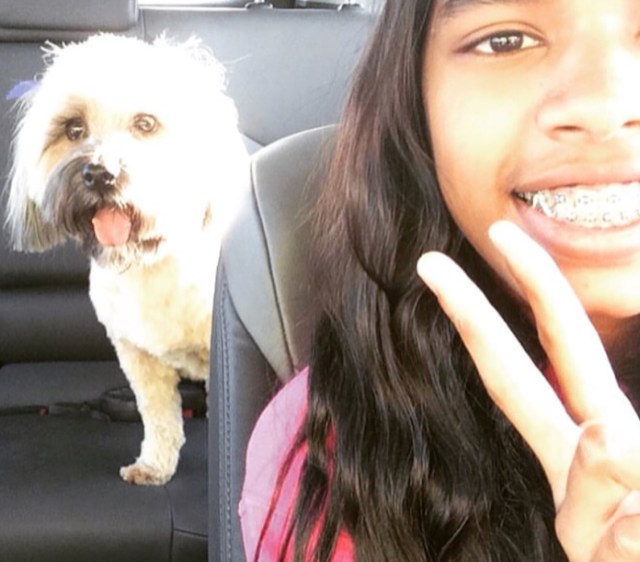 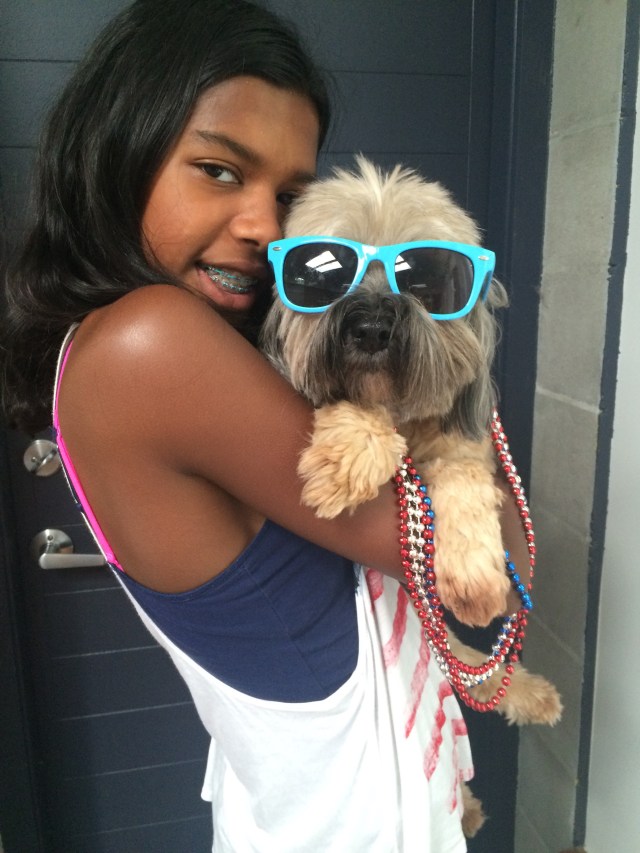 We named Dalai after the Dalai Llama in part because of the Tibet connection and partly because she seemed to just be so settled in herself.  Our boy dogs are/have been a little neurotic and nervous…not Dalai!  Self assured, calm, assertive at times, chilled at other times….always so grounded.  It sounds silly but there have been times that Lawson and I wish we could just put Dalai in charge of things because she seemed more mature than either of us!  What ever are we going to do without her? 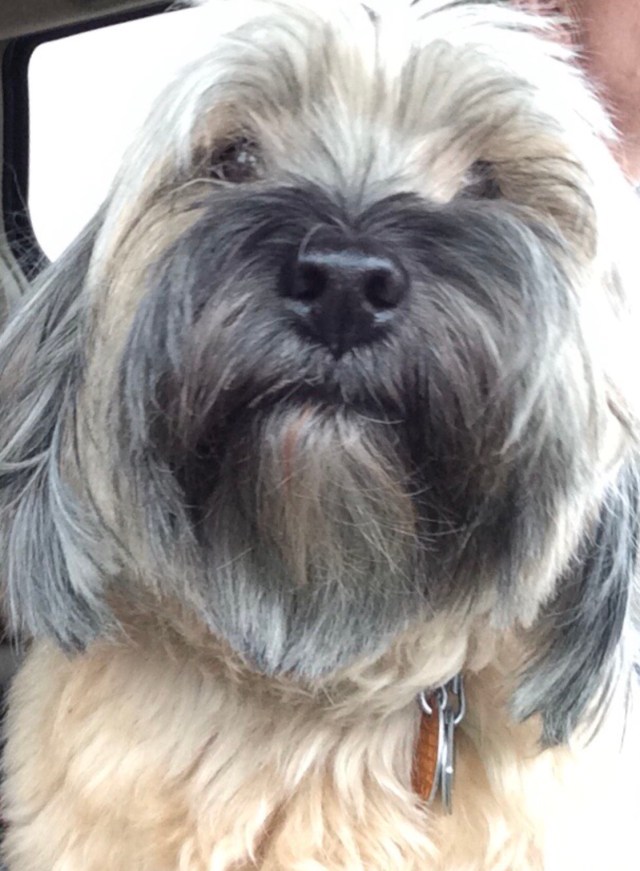 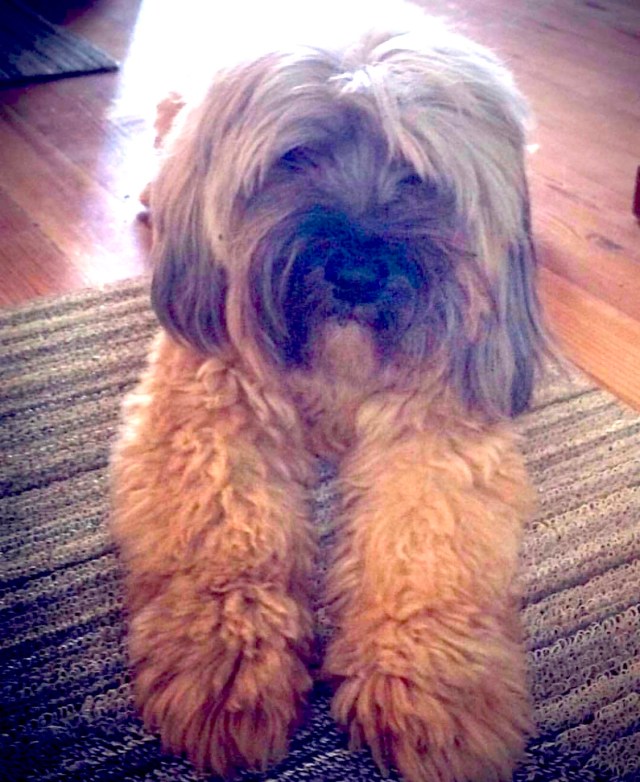 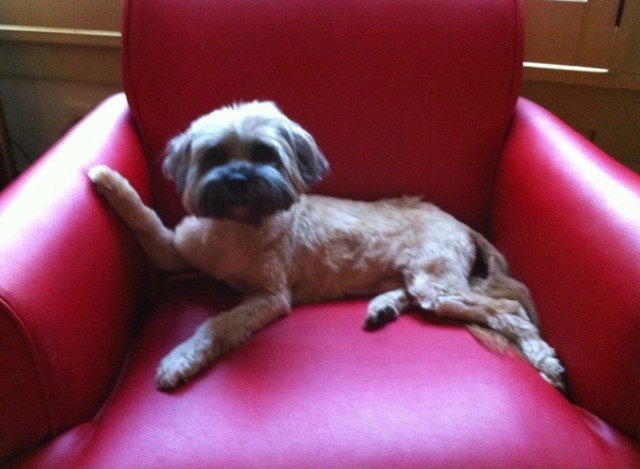 Dalai was such a strong little girl.  She was a fierce little spirit in a small package!  She was too small for her breeder to show and maybe because of her small size she had tons of issues with her ears for a very long time before we finally had her ear canal removed.  She bounced back from the surgery with no problem and was still able to hear us (although she was selective in her hearing).  She lived in 6 different cities and 2 countries.  She took countless roadtrips between Alabama and Atlanta and Florida and Atlanta and Little Rock and Florida and finally a cross country trip with her siblings in a minivan!  She lost her beloved companion Deano at the age of 12.  She accepted Dani and Felix into our unit.  She even welcomed Karo cat into our family.  She helped love on me as I was recovering from my burns and she has helped us both grieve losing our parents.  She survived quarantine and at our last vet visit she looked to be beating cancer  She was such an amazing little spirit! 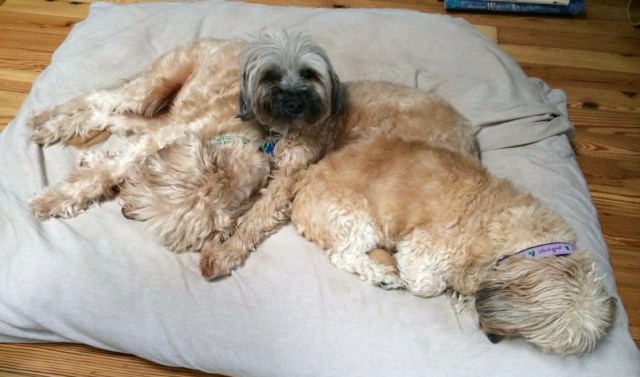 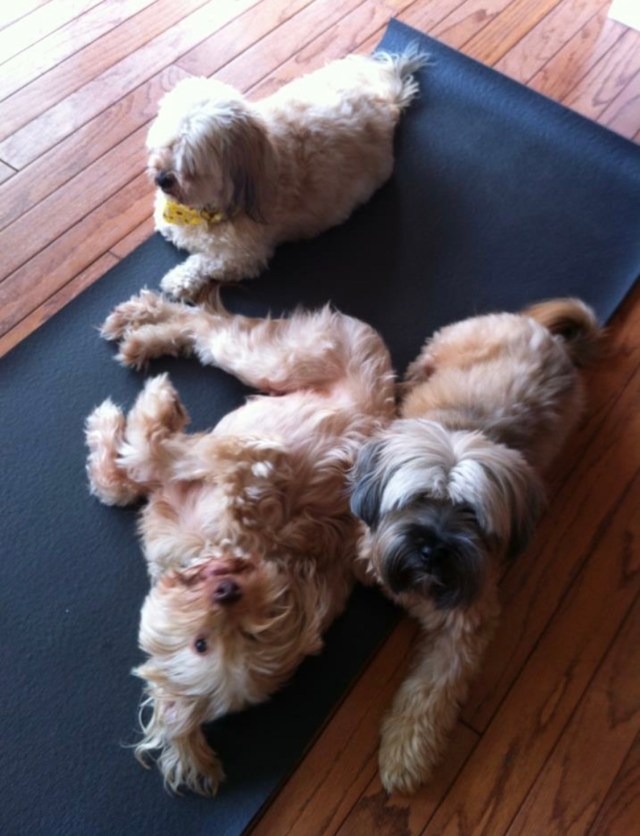 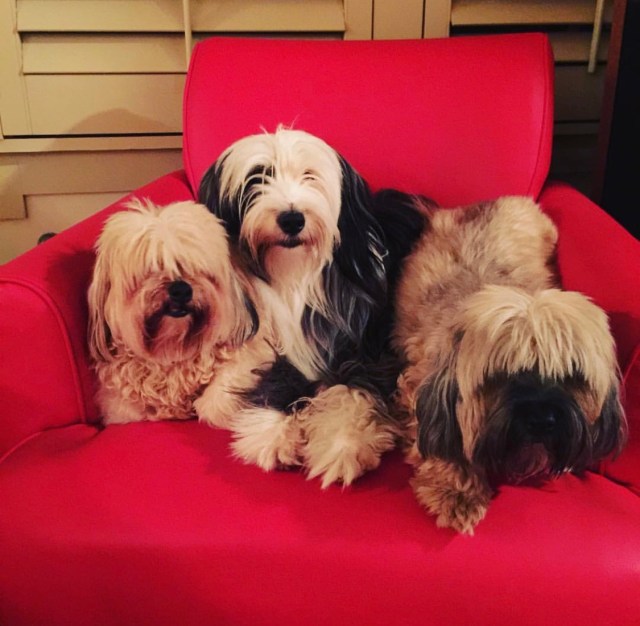 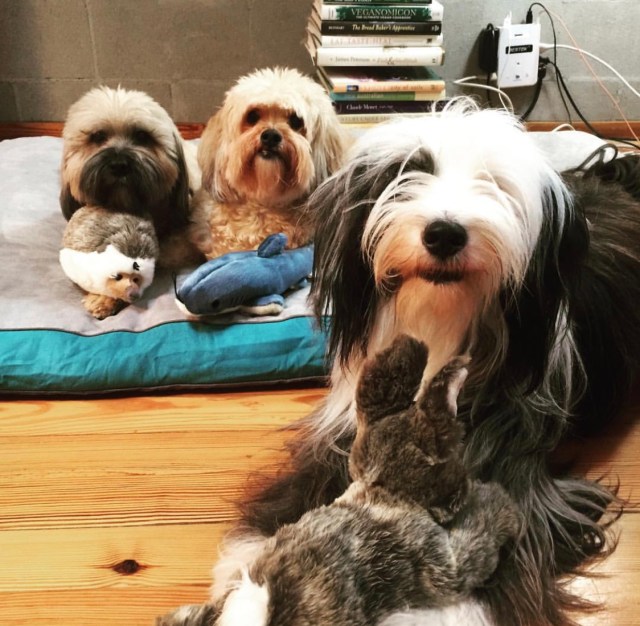 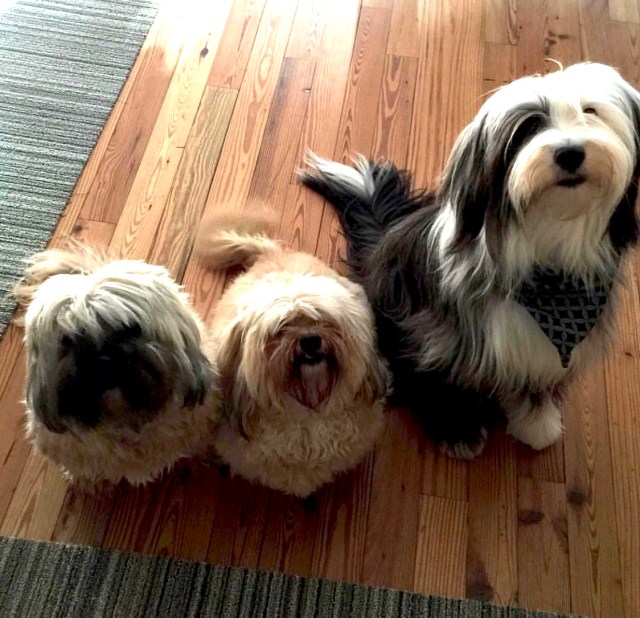 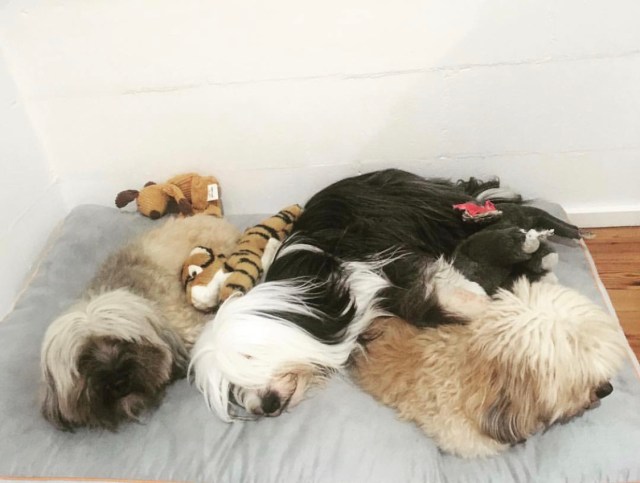 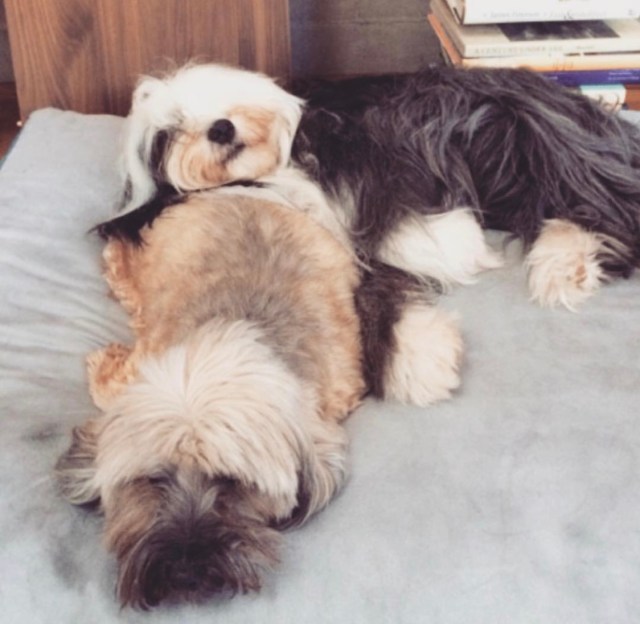 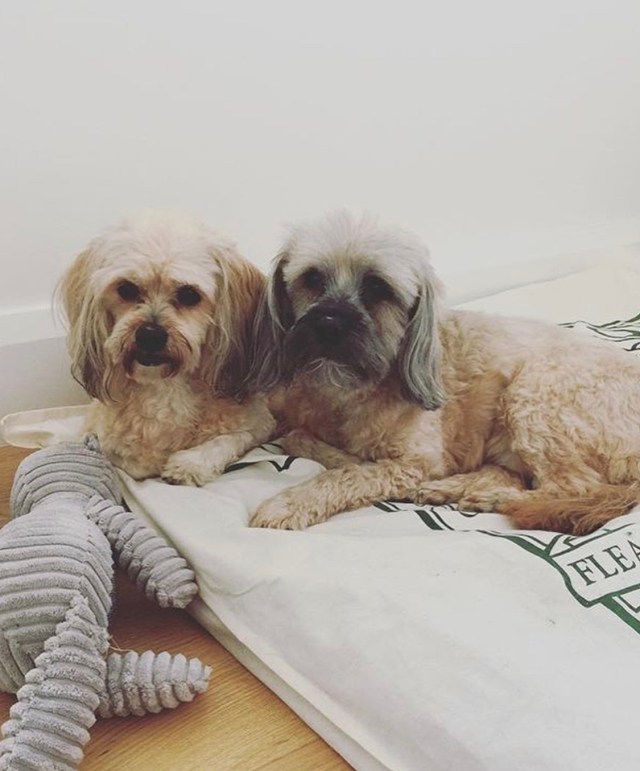 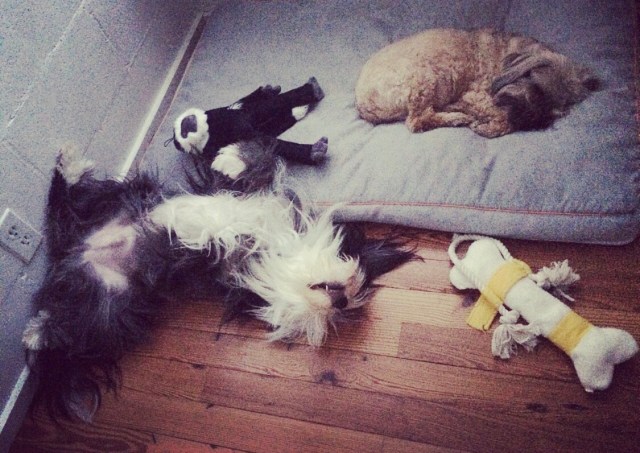 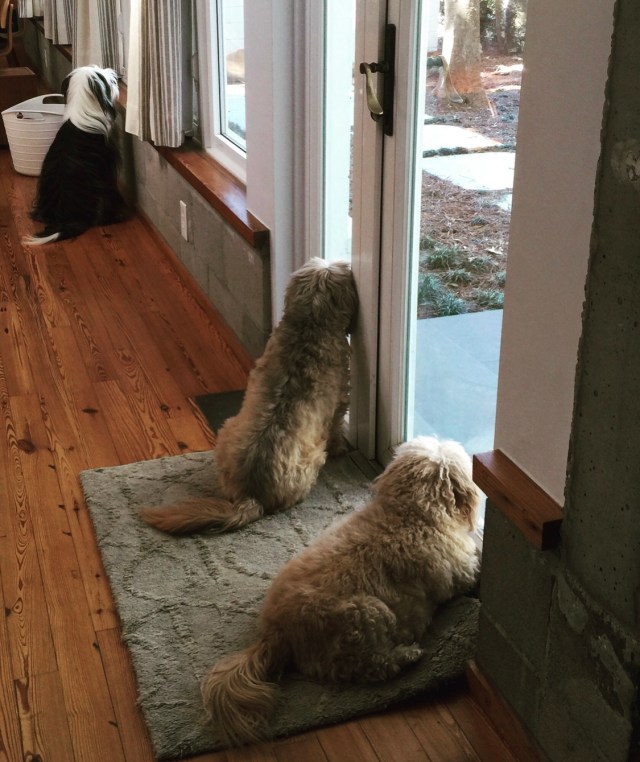 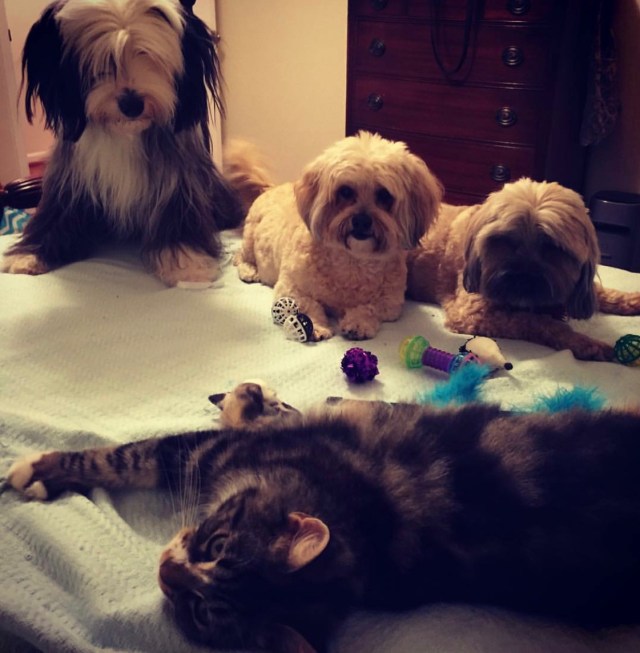 Among Dalai’s favorite things were greenies (one every morning or we heard about it), Buddha hedgehog chew toys, food, walks, playing with her brother, sleeping (especially half on/half off the bed) and having her family at her beck and call! 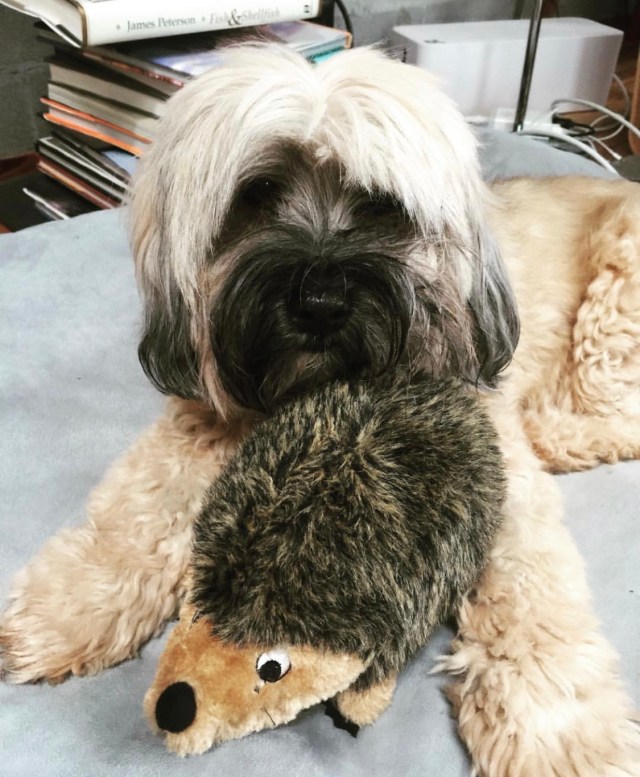 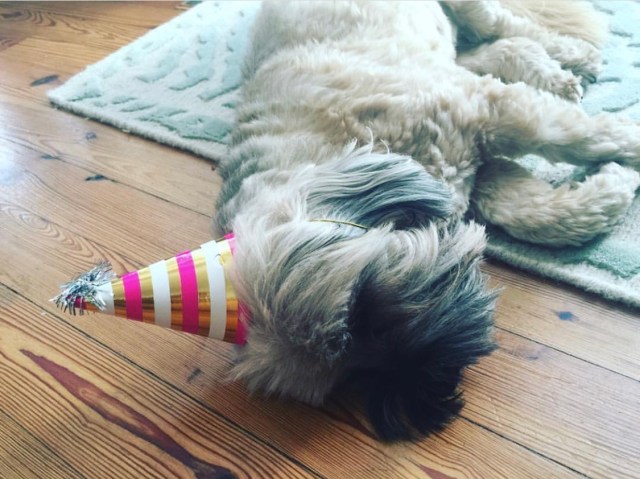 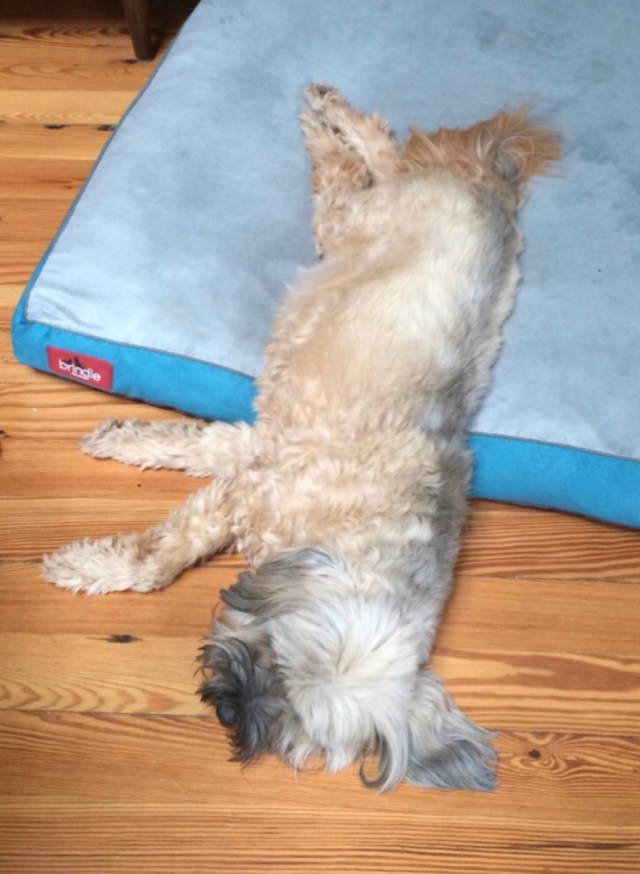 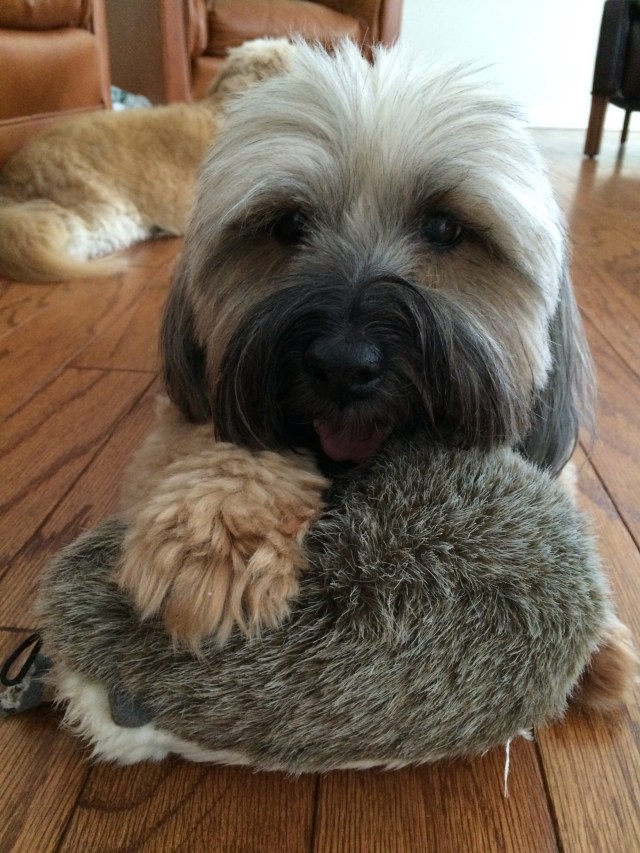 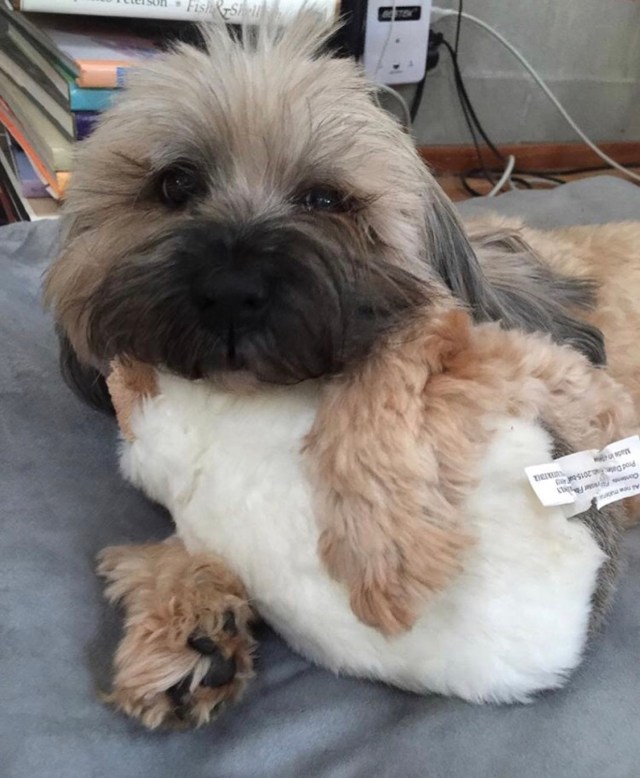 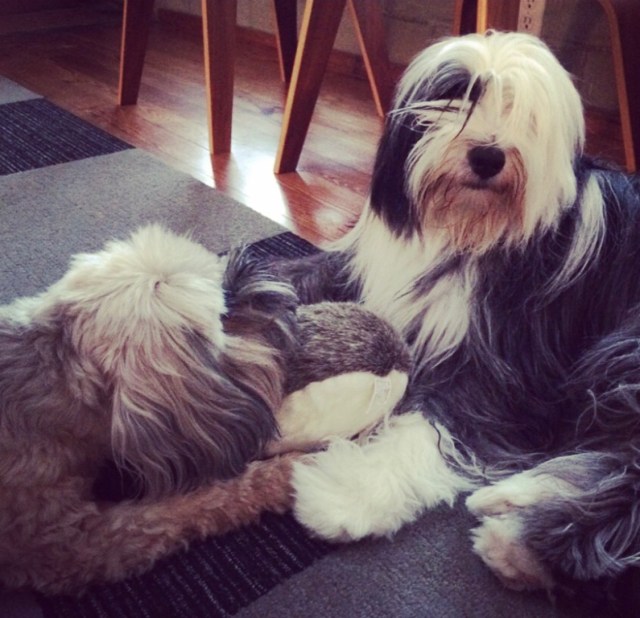 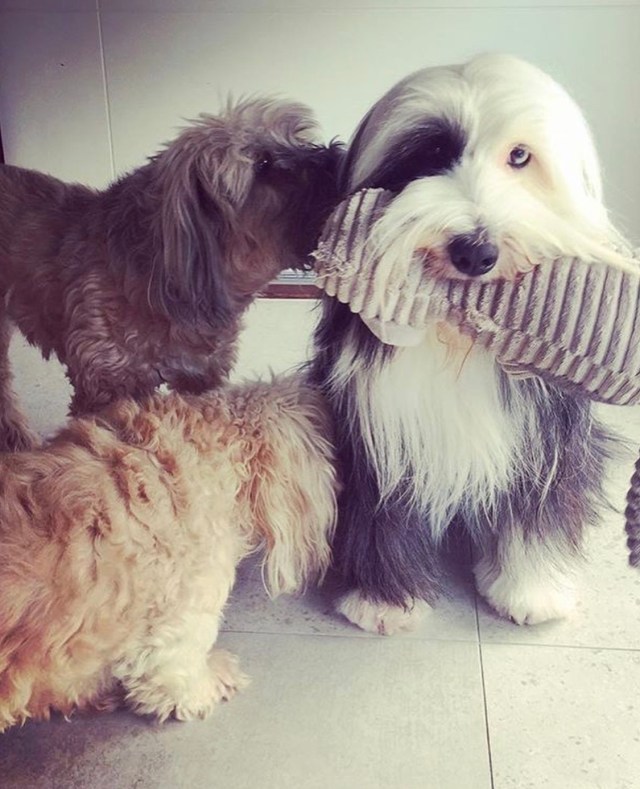 Our hearts are completely broken but we are so grateful for every moment we have had with our Dalai Baba.  Tibetan Terriers are called “little people” for their human like qualities.  Dalai was a beautiful example of that!   We are officially sick of death and its constant presence in our life.  If there is any good that comes from this all too frequent guest in our life, it is a reminder to love with your heart wide open!  Dalai did that!  Dalai helped us be better human beings just by being herself.  I hope we are that for others in some small way,.  Hug your puppy or kitty or kiddo or parent or partner a little tighter today!  I’m off to cry myself to sleep…or so I hope.  Here’s what our daughter Eve wrote as a tribute to our sweet girl.  We will miss you our beautiful Dalai!  Thank you for loving us so well! 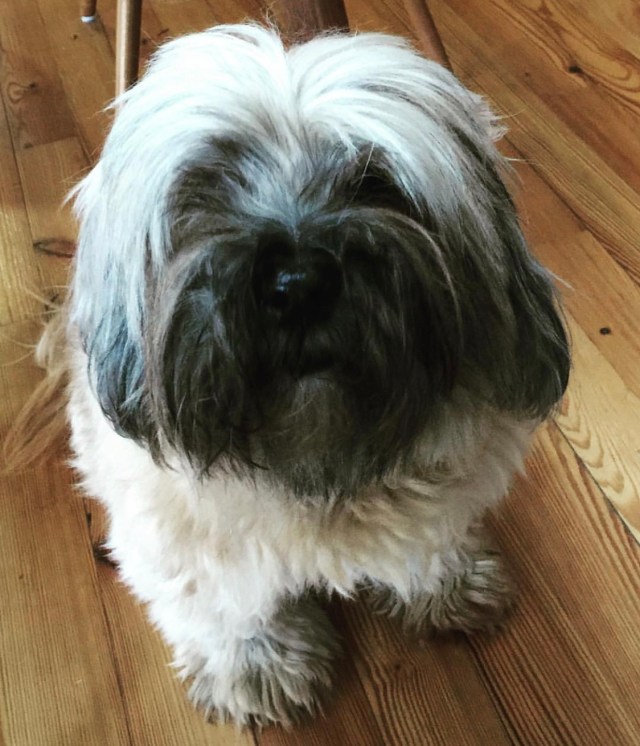 20 Comments on “Our beloved Dalai”