Late afternoon on Monday here in Australia, we received a phone call from a stranger that Sophie had been hit by a car while heading home from work on her Vespa.  The caller said the ambulance was on it’s way to take her to Royal Brisbane Women’s Hospital.  The caller was so calm we had no real idea of how serious the accident was until we got to the hospital and heard the details.  Sophie was traveling at about 60k (40 miles per hour) down a hill on a busy street when a car pulled in front of her and she hit the front fender.  Sophie then somersaulted twice over the bonnet (hood) of that car and landed hard in the next lane.  Amazingly the car traveling in that lane was paying attention and was able to stop in time.  Equally as amazing was the fact that a friend and coworker of Sophie’s, Candice, came upon the accident right after it happened.  Candice usually took another route home but because of an accident that direction she was taking this alternate route and was right behind Sophie.  What a gift!  She was able to comfort Sophie while other drivers stopped traffic and called us and her boyfriend. Also neighbors brought out pillows to stabilize her and a first aid kit.  As Sophie’s friend said it was a “yay community” moment.  It was a community of people we will probably never meet but are so incredibly grateful for.  Candice was kind enough to go to the emergency room with Sophie and waited there for all of us to arrive and then waited with us for quite some time.  As Candice began to explain some of the details and then later as we talked with Sophie about the police report, it really began to sink in how fortunate she was to be alive.  The driver of the car that hit Sophie just did not see her.  She had her four year old daughter in the car.  This could, of course, have happened to any of us.  Accidents happen in the blink of an eye.  The police established that it was the car’s fault and we pray her insurance will pay for both Sophie’s Vespa (which is totaled) and her hospital expenses.  Sophie is pretty banged up, bruised and has lost some feeling in her legs which we pray is temporary but there did not appear to be any head injury (a miracle)! 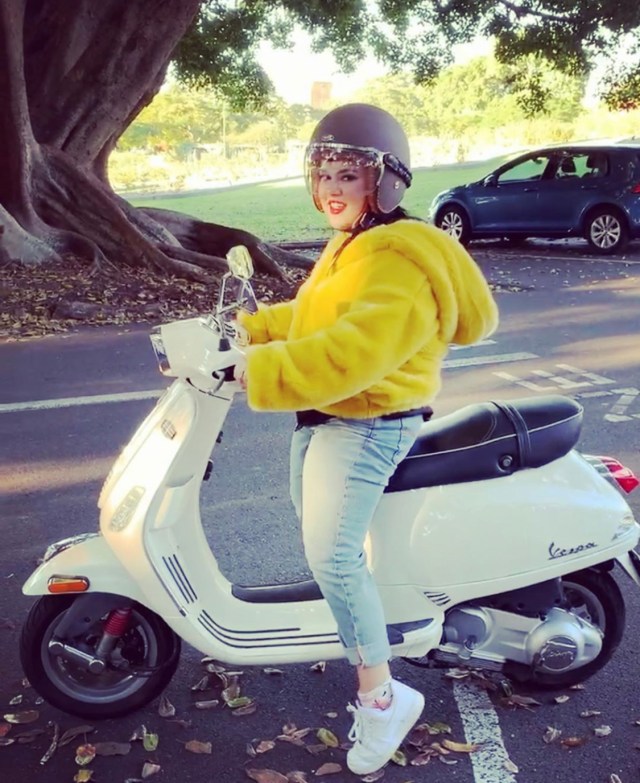 When we embarked on this adventure there were a number of experiences we wanted to have but testing out the medical system was not one of them, especially the emergency room!  Last year we experienced one of the private hospitals here in Brisbane when Lawson had kidney stone surgery.  It was a very positive experience, well other than the actual kidney stones.  As expats who do not have permanent residency yet, we are required to hold private insurance.  For us as Americans it has been quite an education and relief financially..  When Lawson was in a corporate job back in the US we had excellent insurance, although still pricey.  When he was self employed we really began to see how expensive healthcare in the US has become.  In our opinion, it is not really very sustainable.  When we purchased our healthcare here we were blown away by the cost.  It was maybe what we were paying when we first got married in the 90’s but with even more benefits.  For Australians, what we have to pay for private health insurance here is astronomical because healthcare is free for citizens.  The system though is more of a hybrid system – combining a bit of say Canada and the US.  If you make over a certain amount yearly, you are required to buy private even as a citizen to help protect their medicare system.  And, of course those of us who are guests in Australia are also required to buy private insurance.  For us it’s not that the medical system here is better but more of an observation of why does the US cost so much and can we do anything to change that?  Now, because Sophie was taken to a public hospital rather than a private hospital it will be a couple of weeks before we know how the medical expense side of things plays out but overall it’s just not as stressful here and people are not worried about being left with healthcare expenses that can cripple them financially for life.

It took several hours of waiting while they were doing x rays and scans of Sophie checking for internal injuries before we were allowed back to see her.  Once we were able to be with her there was such relief and joy!  But the realization of exactly how close we came to losing her Sophie hit Eve full on and she passed out in Sophie’s room.  As the nurses were trying to stabilize her they found that her blood pressure had dropped to half of what it should be so they wanted to check her in as well to make sure she was ok.  So in the span of about four hours we had both our daughters in the hospital and we were running back and forth between the two rooms to check on them.  It was quite an insane night.  After a couple of hours and several tests, they felt that Eve was going to be alright.  Whew!  It will be interesting to get the bill for Eve’s visit as well.  Because this was a public hospital they said it should all be free (even for us) because Eve is a student here in Australia.  We shall see how that unfolds.  For us, it’s just kind of bizarre.  The emergency room was as low key as the rest of our experiences in Australia.  It was a little disorienting after our time in US hospitals.  When I first was allowed back to see Sophie I found it quite impossible to figure out who was who.  It was not clear to my American eyes who was a doctor, who was a nurse, etc.  There was more of a police presence than I remember back home but maybe that was because we were in a more urban hospital and there were most definitely quite a few people with drug related issues in the waiting room  Also, I add the below photo as a bit of humour from our experience in the emergency room waiting room.  There is this thing here whereby some Australians walk around without shoes – everywhere including shops and even apparently the hospital.  We just can’t make sense of this but it’s a thing.  I suppose this is where we might appropriately be called uptight Americans! 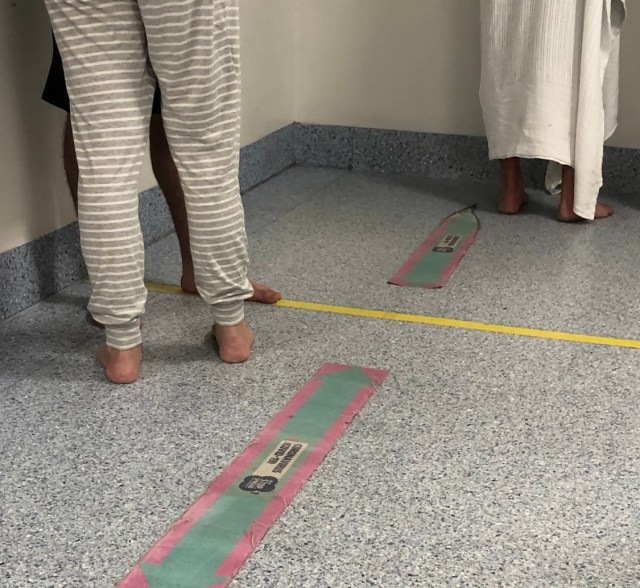 To some degree our girls will always be these sweet little ones pictured below.  Life was simpler and it felt like we could more easily protect them.  The reality though is that they are young women making steps into adulthood and we must come to terms with how little we can do to protect them. 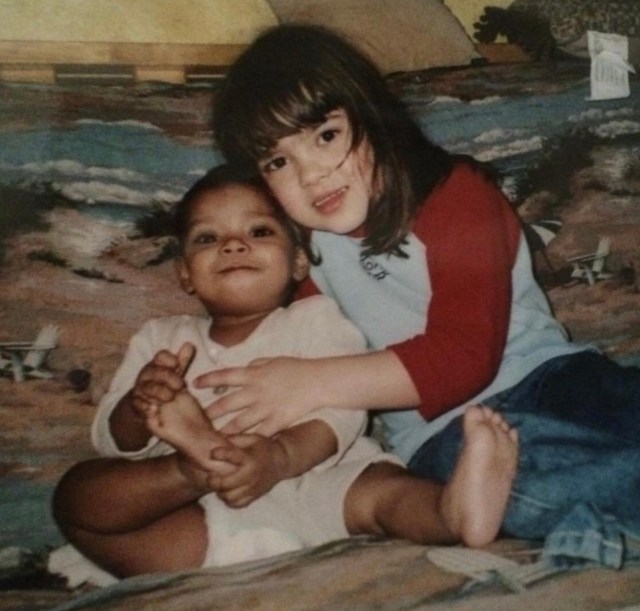 Many years ago we heard a story about a man who was in hospital.  A friend visited him and said “how unfortunate that you were in this place at the time this accident happened”.  The injured man said “maybe but maybe not because something far worse (or far better) could have happened”   This story has become interwoven into the fabric of our family.  If I (the worrier in our family)  begins second guessing decisions I have made, Lawson quite often will say “well maybe but also maybe not”.  The point being we just never know.  Was it a good idea for Sophie to be driving a Vespa?  Well, maybe or maybe not.  There are no certainties in life.  Drivers make split second decisions that can alter the course of their or another persons life every single day.  I know all my friends who might be reading this are striving as we are to make the very best decisions they can each and every day.  We can always keep striving to do better but we also must be gentle with ourselves as accidents happen, life happens.  I don’t talk about my faith as much as I used to because I am becoming more and more like my dad with each passing day.  My dad was quiet and found words to quite often be cheap.  He felt how he lived his life was an expression of his faith. more than how he talked about his faith  As I get older I find myself wanting to be more and more like him but I do thank God and our girls guardian angels for their protection!   I am, however, also aware that there could be a parent reading this who has lost a child to a car accident who might be thinking well where was God for my child?  I don’t know why our beautiful daughters life was spared and another persons daughter was not.  I know we are filled with relief and gratitude and even more empathy than we might have before this experience for other parents who go through this, most especially those who might have lost a child.  As the upheaval and turmoil of the past few weeks, especially in the US, has unfolded, the way we talk to one another and about issues on social media have left me feeling quite overwhelmed and upset.  Then this happened and the goodness and kindness of people comes through.  We have so much more in common than we do differences.  I hope we can find a way to extend the kind of compassion you gave us on social media after this accident, to one another in other areas as we navigate this time of tremendous change.  Thank you all for your kindness, friendship and prayers for our family!  We are truly grateful!  And thank you for doing your little bit of good where you are because that little bit of good made a world of difference for our family! 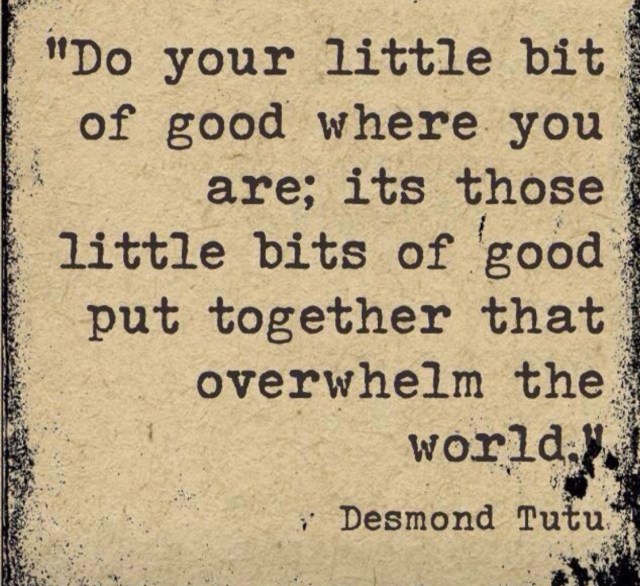 ← A pandemic kind of Mum’s Day
Voting from abroad →