Let me start by saying this is not a post about our opinion on who you should vote for in the US election.  This is rather a post encouraging you to vote even if you aren’t thrilled about your choices, even if you are deeply discouraged and feel like “what’s the point”.  If we can vote 8, 884 miles away from our voting precinct, so can you!  We have always treasured our right to vote but never more than now that we are expats.  This right, this privilege is something that should not be taken for granted.  It is important to make our voices heard and to be active participants in creating the United States of America that we want.

How exactly do we vote from abroad?  Well, we first had to request an absentee ballot from our local voting precinct back in the USA.  Once that occurred we received an email confirmation that our request had been received and that we would receive our ballots in mid September.  Ours arrived this week.  Once we got ours printed off and filled in, we were ready to go.  In our case, the state of Florida allows us to either mail in or fax our vote.  It would have been our preference to mail in our vote to support the US Postal Service but due to the current disruption of services going on back home we decided to play it safe and fax in our vote instead.  Some states also allow you to email in your vote.  Quite a few expats, who only have the mail in option for their state, are considering expedited mailing services to make sure they get their ballots there in time.  There is an excellent organization called Vote from Abroad that keeps expats up to date on voting matters.   I have to say based on the expats we hear about here in Australia we are all a pretty motivated group of voters!  One fact the Vote from Abroad posted recently on their Instagram account was that 48% of overseas votes in 2016 were in swing states.  Hello Florida!  That would be us! 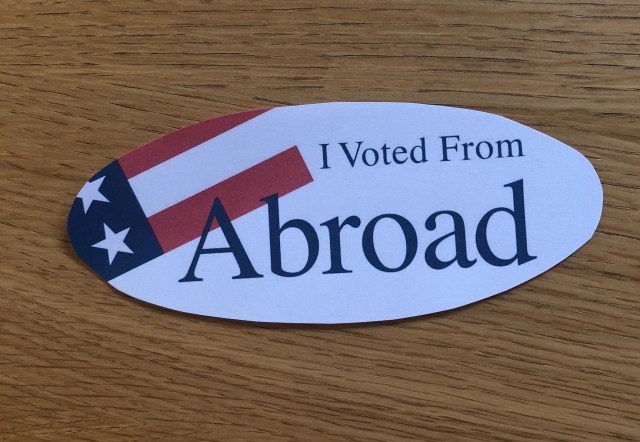 So, where exactly do we find a fax machine in 2020?  We headed to our local Officeworks (Office Depot of OZ) of course.  We decided to make it a family affair and chose the first day we could all be together to cast our votes.  Yesterday, we got up early and headed to Officeworks before they opened to take some photos of our voting experience.  I knew our girls would be a little embarrassed by my desire to document this process so the less people around the better.  Unfortunately, we weren’t the first people there.  An employee arrived just before us and appeared to be contemplating whether she needed to call the police as she watched us from afar.  I’m sure it was a bit unusual to see people holding signs and taking pictures in front of an office supply store before 8 am.  After a quick breakfast close by, we headed back to Officeworks to get our votes sent. Once we made our way to the employee who would be assisting us in sending our votes in, it took quite a while to get things to work properly. It seems that sending faxes to the USA was more complicated than it should be. Finally after about 30 minutes, we got the confirmation that the faxes had been sent and had arrived safely in Florida.  Yay!  Here are a few photos of our adventure in voting from Brisbane, Australia!  Going to a box store is not quite the same as going to your local polling station but we got to vote and that’s what counts!  I printed off the I Voted and I Voted from Abroad signs to make the experience more festive and because we are missing our little I Voted stickers that you always get back home in the States. 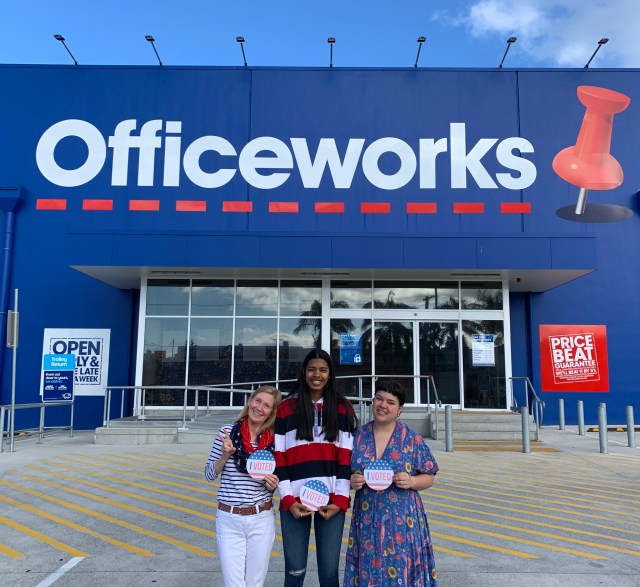 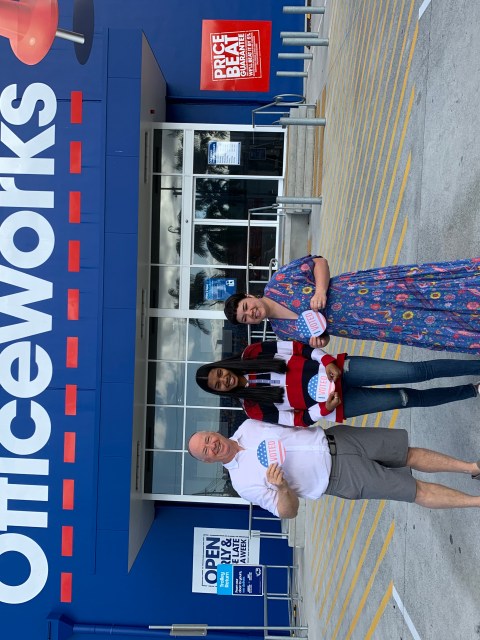 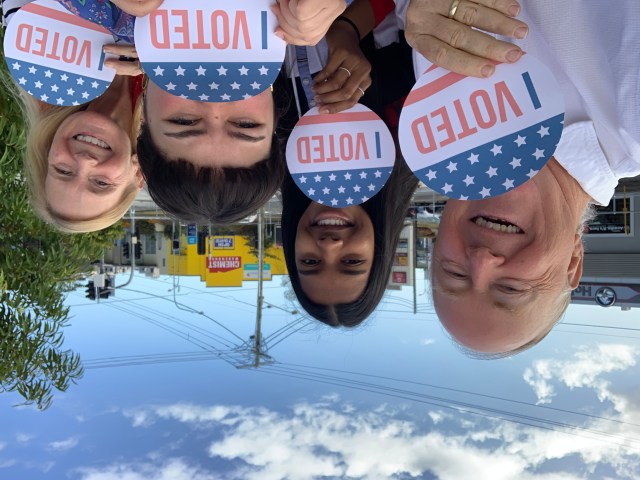 In addition to this being our first federal election abroad, this also was our Eve’s first time voting.  So exciting for her!  While there is absolutely nothing that compares to going in person to your local precinct and casting your vote, Eve will never forget this first vote from Down Under!  What an incredibly historic first vote to cast!  Do you remember your first time voting?  I remember my first vote well.  I went with my dad. I always loved talking about politics with my dad.  He was so wise and not the least bit partisan.  He was also super private.  I remember a reporter standing outside the voting precinct and asking him how he voted.  My dad replied “That’s awfully private”  and kept on walking.  Can you imagine this today?  We are just so very political and open in our sharing these days.  I often wonder what my dad would think of the world today.  My dad was not just my/our personal hero but one of those young hero’s of WW2.  As a very young man he was drafted and sent to France and Germany to help defeat that madman in Germany.  I cast my vote with him in mind!   I also voted as best I could with my girls future in mind and always to show them that they can have a voice! 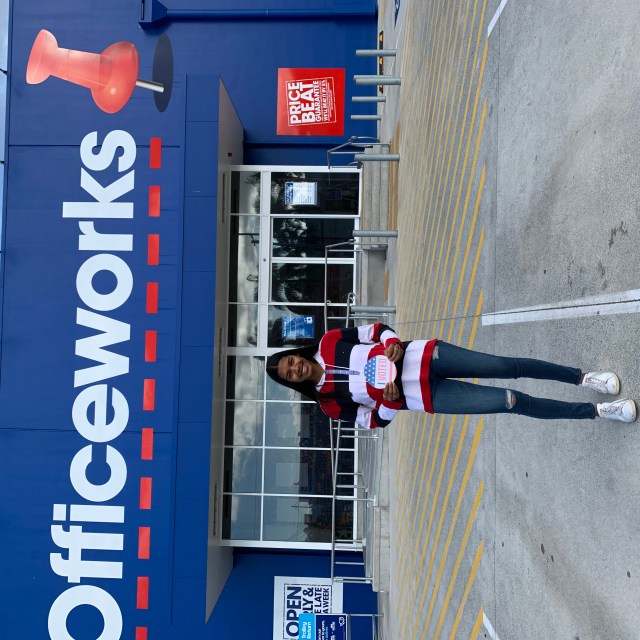 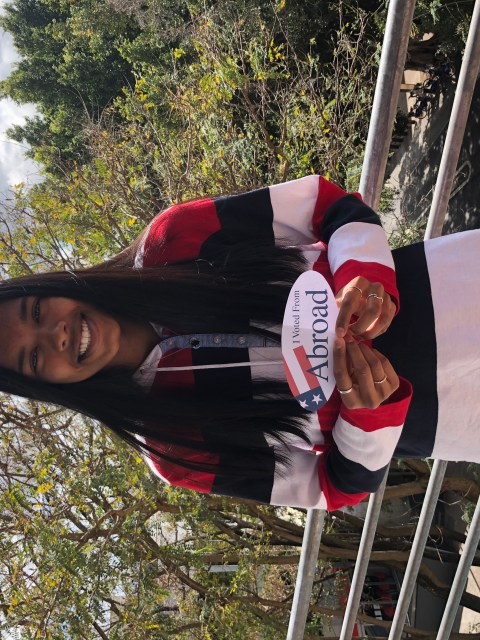 I want to close with a reminder to not take this right for granted, especially if you are a woman.  There was a young woman who spoke at one of the conventions this year who had tweeted in May about something called a household vote.  I was curious what this was about and was horrified to find it was about a one vote per household movement.  No way!  While Lawson and I agree on almost everything, there have a been a few times where we have voted differently.  And, even if we voted exactly the same I absolutely do not want my husband being my voice..  While I think this is a small fringe group of people that are supporting this idea, we can see clearly in the US that this is not a movement we want to allow to grow.  I can’t help but think of Handmaid’s Tale when I hear about a tweet like this  I also can’t help but think of all the women who sacrificed so much to make sure I can vote, to make sure our daughters can vote.  Thank you suffragettes!  As the suffragette Carrie Chapman Catt said “This vote is the emblem of your equality, women of America, the guarantee of your liberty.”   The vote is the emblem of all our equality!  So….Go Vote!  Don’t let anything stop you, especially indifference.   Again, if we can do it from this far away so too can you! 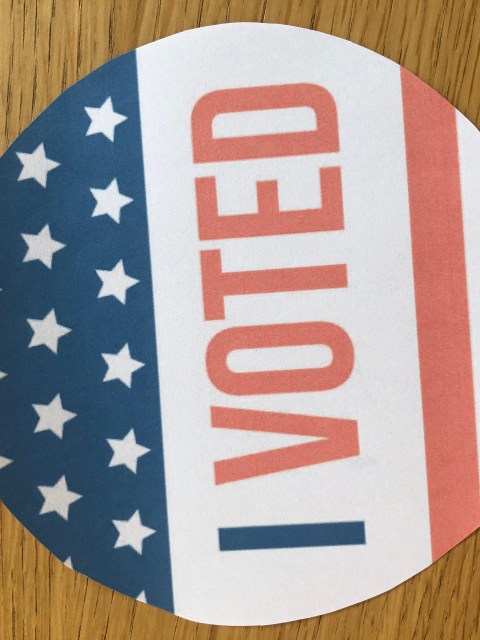 ← Not on our list of expat to do’s
Happy Graduation! The end of an era…. →