This past semester was my most challenging. University, internships, and work proved to be a taxing trio, yet I held my determination and enthusiasm, knowing I would jet off to Tasmania when it was all over.

I am writing this by request of my mama and my friends, yet before the details of my travels, I would like to say thank you to Huai-Yuan Change AKA Peggy, one of my closest most dear friends who accompanied me to Tasmania. More than anything this was a trip to be with my friend; her time in Australia is coming to an end (for now), and I will very much cherish the time we spent driving, singing, hiking, eating, and exploring.

Day One: Monday was a travel day. Peggy and I landed in Launceston at 8pm and were very happy to know it was one degree Celsius outside. I have always preferred winter because it demands layers and hot drinks. Launceston is a river city in Northern Tasmania. And while driving to our Airbnb, it didn’t take me long to realize that all of the homes were colonial. This was easily my favorite part about the town. The homes were so well preserved with their charming stain-glass windows, brick, red-doors, and double chimneys. Many were heritage listed as well.

After dropping off our luggage, we walked to Geronimo Aperitivo Bar. Here, I confirm once again I am not a fan of cocktails even though I so desperately try to convince myself otherwise. The food was great though, but to be fair all the food we ate on our trip was great.

Day Two: We drove North to Bridestowe Lavender Farm, the world’s largest commercial lavender farm with over 650,000 plants. Here, I found a love for lavender lattes and lavender ice cream. Although the lavender was not in bloom, Peggy and I enjoyed a peaceful walk along the endless rows. The gift shop was excellent, and I walked away with bundles of dried lavender and a bottle of their lavender syrup. I’ve been having it in my morning coffee, and it’s excellent. The remainder of the day we drove around Northern Tasmania, stopping many times for scenic pictures and cattle. I have never seen so many cows and sheep in one place. 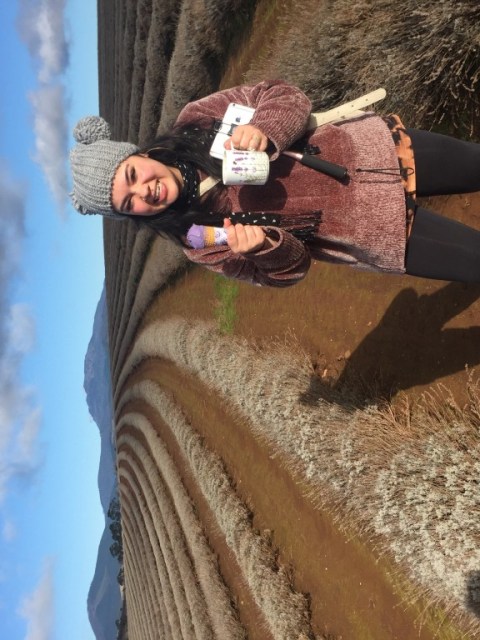 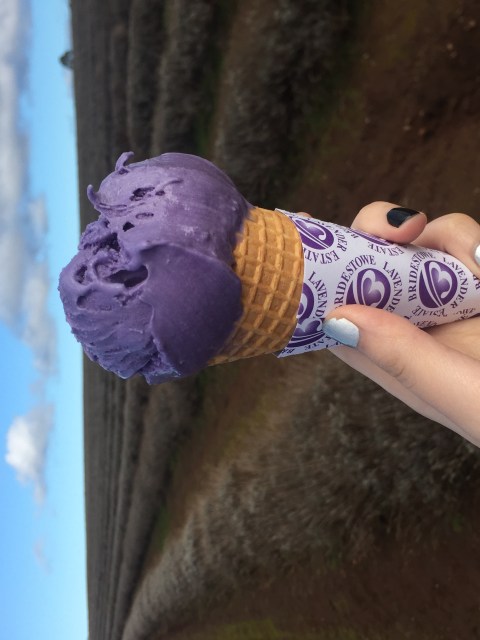 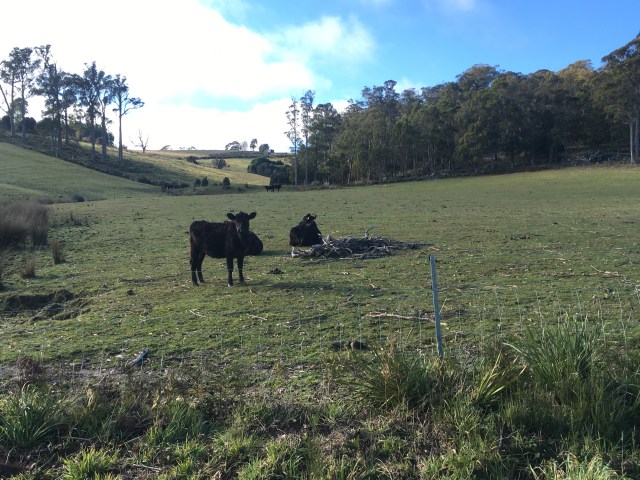 Day Three: Wednesday was by far one of my favorite days. Peggy and I drove west to the famous Cradle Mountain, primarily to see the mountain and the wombats. The trip up was steep, but it was well worth it. Every time we drove around another bend, it seemed as though the landscape changed into something entirely different. Once inside the park, we hiked from Dove Lake to Ronny Creek, and toward the end we saw about fifteen wombats feeding. This day was spectacular, and I recommend making a whole day of it. 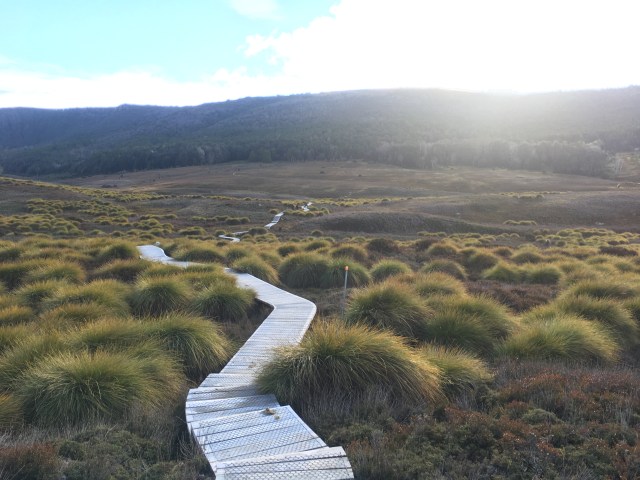 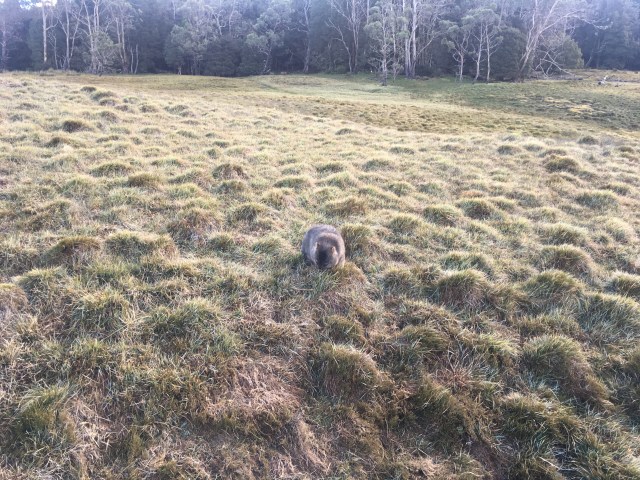 Day Four: Following our lovely breakfast and pink lattes from Alps and Amici, Launceston’s gourmet food-store, we said goodbye to Launceston and headed down the Midland Highway to Hobart, making several stops along the way. We first came into Campbell Town. Here, we visited the Book Cellar at the Foxhunter’s Return. The Foxhunter’s Return has a beautiful stonemason front and is heritage listed as a coach inn which provided shelter for those traveling between Launceston and Hobart during the 1800s. The bookshop is located in the cellar, hence the name, which was used to house the convicts who built the Red Bridge alongside the inn. We weren’t supposed to take pictures, but I snapped one of Peggy! The Book Cellar has one of the largest collections of Tasmanian books, and I picked up a few monographs including diary entries of convicts and primary resources on the history of Van Diemen’s Land and slavery and famine. I would definitely suggest stopping here for reading material and coffee! 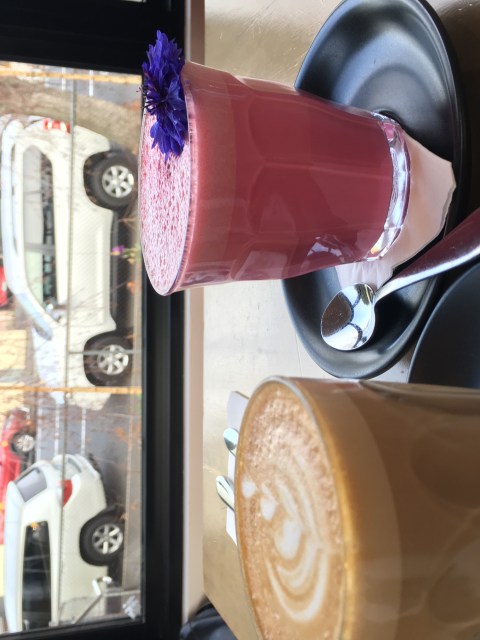 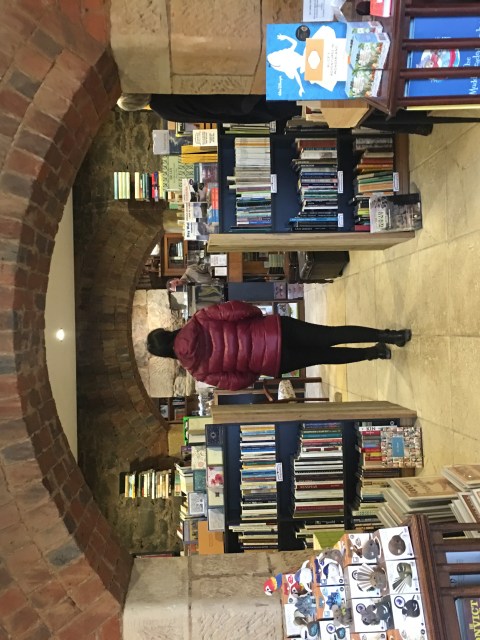 Our next destination was Freycinet National Park, a peninsula off the East coast, famous for the Wineglass Bay. This was a bit of a haul, but we made it with enough time to hike to the bay. It was beautiful and completely different than Cradle Mountain. Here we didn’t see wild wombats, but we did see wild wallabies in the car park. Fish and chips and a lot of driving and Disney songs later, we made it to Hobart. Our Airbnb was at the center of everything cool. I feel we got lucky! To end our night, we walked two minutes to T-Bone Brewing Co. where we had hot cider and played arcade games. 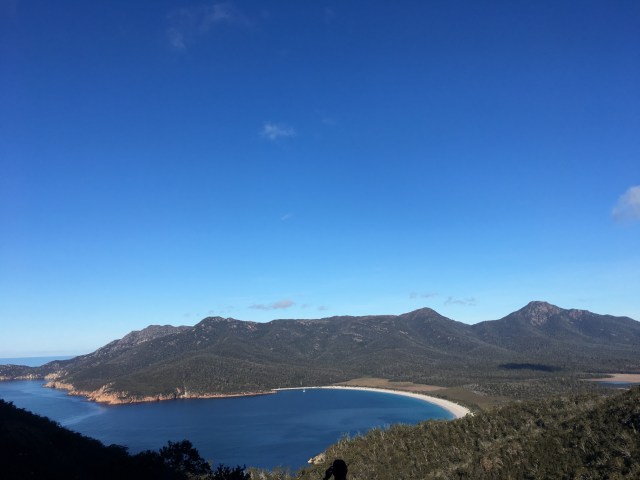 Day Five: Friday was another one of my favorite days because we took a cruise to Tasman Island! This was three hours of rain and rough sea, but it was totally worth it because we saw many Australian and New Zealand seals and pups playing! We also sailed into Port Arthur, a historic site, home to the ruins of the convict church and penal colony for second offenders as well as the famous, Isle of the Dead Cemetery. Unfortunately, we opted not to take a tour of the site which is my only regret of the trip! It is definitely a must-see. 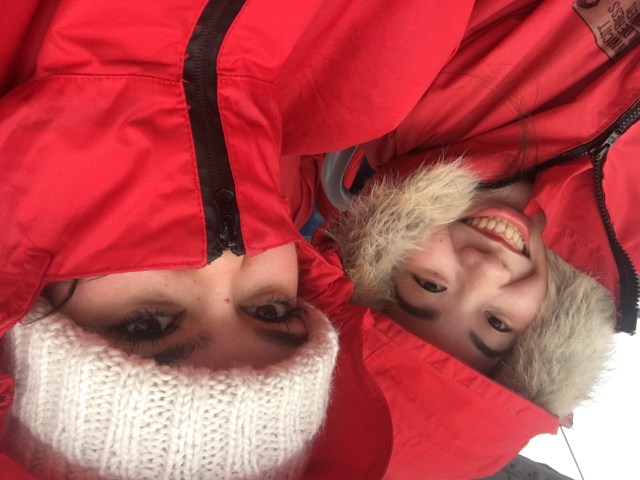 The day ended with Japanese food, beer, and an exclusive tour of Hobart’s town hall. Alderman Bill Harvey spotted Peggy and I snooping around and offered to show us around; he even let us sit in the Lord Mayor’s chair.

Day Six: Saturday was a full day of shopping, eating, and exploring. After a lovely breakfast from Daci and Daci Bakers, Peggy and I walked to the Salamanca Market, a Saturday ritual for the people of Hobart. Here, you will find over 300 stalls of artisan crafts, foods, and clothing. There was even a music stall where I picked up a CD of the 60s greatest hits which I have unfortunately already misplaced. Next, we stopped at the TMAG, Tasmania Museum and Art Gallery, where I discovered the Thylacine. This species solely resides in Tasmania, found in no other place and is often referred to as a Tasmanian Tiger. It was the largest, carnivorous marsupial in existence before they declared officially extinct in 1982. In the late 1800s, the Tasmanian government issued a bounty for Thylacines since they were a nuisance to livestock, yet this ultimately ended in their extinction.

Before a dinner of oysters, fish, and scallops, we visited Hobart’s Convict penitentiary which is also a must-see. In just under an hour our tour guide brought us through the building’s evolution as a penitentiary, chapel, jail, and court.

Day Seven: Day before we leave, and we are so tired. We spent three hours at the Farm Gate Market mainly because we just wanted to sit and relax. This was the perfect place to get breakfast and check out the locals. Also, there was a live jazz band in front of the Playhouse Theater which is always a good thing. Mount Wellington was our next journey. Pinnacle Point overlooks the Hobart and is just so beautiful, but the temps were bone chilling at negative seven degrees Celsius, so we didn’t stay very long. 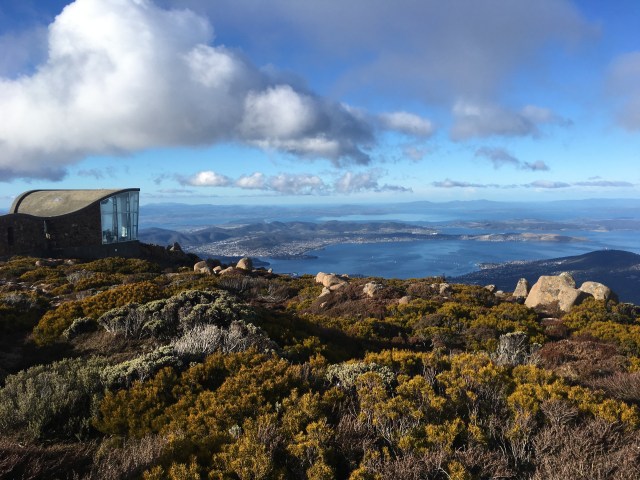 We were in bed pretty earlier this night. After a little shopping, champagne, and Italian from Amici, we were home packing.

Day Eight: We had our last breakfast in Hobart’s historical center, Battery Point, at a place called Jackman and McRoss Bakeries. This is an absolute must. The food was delicious, and the location was perfect. For a moment, I could picture myself as a resident.

After breakfast, we had to say goodbye to Hobart. Peggy and I flew out of Launceston. It was about a 2-and-a-half-hour drive back, but of course, we made a couple more stops. If you are in Tasmania, you must stop in Richmond. Here, we walked the Richmond Australia’s oldest stone bridge, erected by convicts in 1823. Not only does the bridge attract humans, but it is also home to many birds including a black swan! We also toured Richmond’s gaol. This gaol is Australia’s oldest gaol that still remains, dating back to 1825. It was meager in size compared to Hobart’s penitentiary; nevertheless, the stories of the people who passed through were just as stirring. 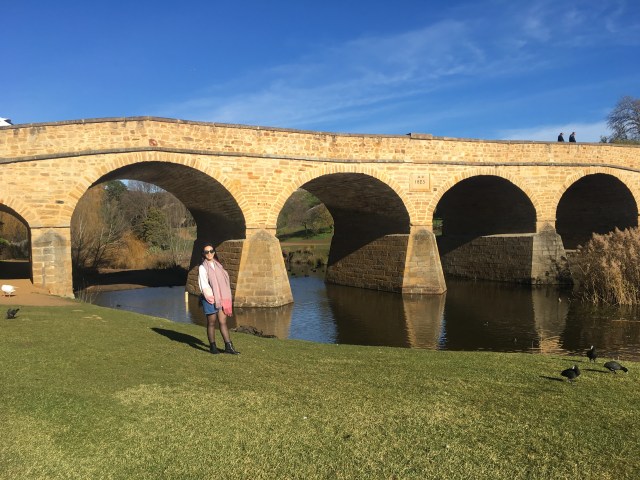 Our last stop before the Launceston airport was another small, historical town called Ross. Here, Peggy was hoping to visit the famous bakery that inspired the imagery for the Japanese anime, Kiki’s Delivery Service. It is common for this bakery to welcome up to 50 Japanese visitors a day, many in cosplay, yet today the owners were on holiday! We were both upset, but I am hoping it will motivate Peggy to come again!

I will never forget my eight days in Tasmania, and I am so thankful that I had such a wonderful travel partner. I am looking forward to taking my family back for their first time!

2 Comments on “Eight Days in Tasmania”