There is a children’s book called Alexander and the Terrible, Horrible, Very Bad Day that we have always loved.  From the moment Alexander wakes up, things just don’t go his way and several times throughout the book he talks about escaping to Australia!   The idea for this gift certificate for a flight to Australia from my friend Fred originated from this story! 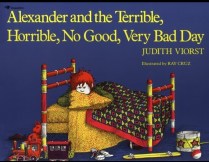 While today has not been terrible or horrible, it has been rainy and clunky and fraught with irritations.  It is raining here today which makes for a great sleeping day but not a great day to get up and walk to the bus stop and take public transit to school!  It’s June and chilly (we still haven’t adjusted in our heads that it’s late autumn/early winter here) and we are disoriented today.  Yesterday, we were late to school because we still don’t quite have the hang of the timing of the ferry headed to school so we decided Lawson and Eve would take the bus this morning.  One of the challenges however is that it requires a bus change and even to experienced travelers, it is not easy to get leaving the house and the walk to the right bus stop at the right time….especially in the rain!  When we are traveling one of the joys of public transit is just being able to relax and not worry about the time table  With school that is just not the case.  We have downloaded an app to help with the transit scheduling but have found it’s not always exactly accurate. The positive bit is that Lawson and Eve arrived at school early today!  The negative bit is that Eve left her lunch and snack at home!  This used to just be a minor irritation but now it is a bigger deal because of the time it takes us to get across the river and the expense so Eve had to let the school know and they gave her a voucher for a sandwich and a piece of fruit!  We are thankful for that voucher!  We Americans are off to a stellar start – late one day and a forgotten lunch the next!  Fortunately, part of our thinking with having Eve start school with only two weeks left in the term before winter break was this very thing…..our finding our way, our bumbling along before things get serious academically for Eve!  We kinda knew this wasn’t going to be easy and that there was a strong chance we were going to make a ton of mistakes!  And we were right!  In addition, Lawson lost his GoCard (public transit card) sometime during this adventure which then had to be canceled, a new card purchased and then the money from the first card can be transferred to the new card at some point after twenty four hours!  Not horrible or terrible but annoying!

Back at home, our sweet boy Felix was having all kinds of tummy troubles!  He had a rough night last night and it has continued all day today.  Poor boy!  It has just been that kind of day which just shows even if you are in Australia, life’s little challenges and irritations follow you!  Did I mention it was raining?

It was still raining when we walked down to meet Eve at the ferry stop.  In spite of lunch, she was smiling which just makes everything better!  She had another good day at school.   She says people really love listening to her talk.  Apparently, the American accent is as interesting to others as theirs is to us! 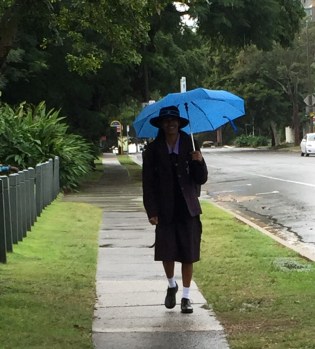 Tonight we decided we all needed a break so we headed to our lovely local theatre not far from our home to watch Wonder Woman!  Day reclaimed!  We are headed to bed with dreams of channeling our inner Wonder Woman! 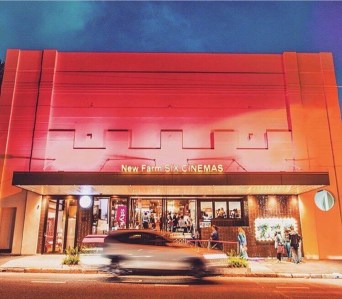 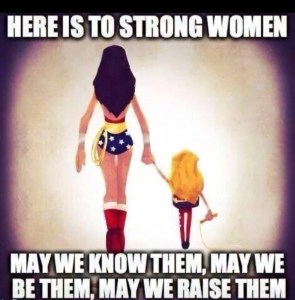 Sweet dreams from Australia or maybe I should say Good Morning to most everywhere else in the world!

← Somewhere over the rainbow
Our Florida home is finally live →